This statement was issued today by the Foreign and Commonwealth Office. On the case “A British national, Andargachew Tsege, was reported missing in Yemen on 24 June. Since then UK officials have pressed the Yemeni authorities at senior levels to establish his whereabouts, including meeting with the Yemeni Ambassador in London this week. We are […] 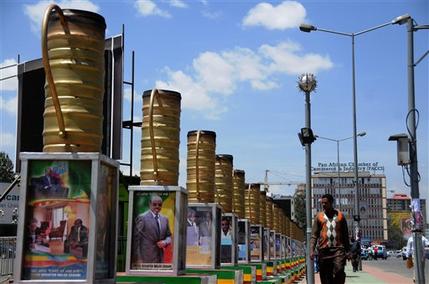 BY KIRUBEL TADESSE ASSOCIATED PRESS 26 February 2013 ADDIS ABABA, Ethiopia (AP) — Ethiopia’s long-ruling leader died half a year ago, but it seems Meles Zenawi still holds on to power. In the capital, his face looks down from hundreds of posters plastered on walls, and government representatives vow to implement the late Meles’ vision without […]