Teff, Ancient Ethiopian grain, poised to be super grain of the future 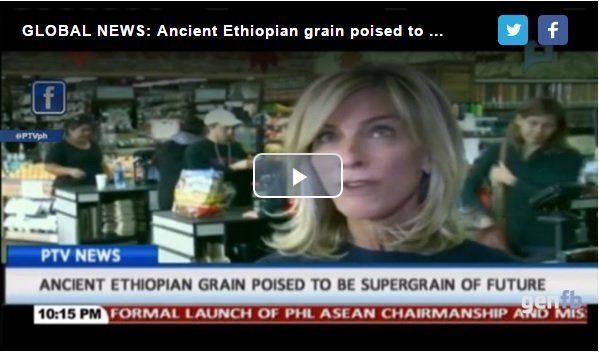 January 12,2017 Teff is ancient Ethiopian grain.It has been around at least for 10,000 years according to some historians. It grows in the highlands of Ethiopia. Some tend to see a reference to it, interpretation, in the Old Testament of the Bible. With rising level of consumption of teff in the developed world,the price of […]

God knows us as Ethiopia and Ethiopians

October 7 ,2016 Pastor Dr Tolossa Gudina condemning ethnic politics Video source : Social Media Politics and religion Toronto – Followers of protestant faith in Ethiopia are known for avoiding topics perceived to be politics or at least there seem to be the impression among wider Ethiopians that politics, what it is that politics does […] September 30,2016 Gishen is one of the places of immense significance for Ethiopian Church and Ethiopian Orthodox Christians, perhaps even for Christianity itself. It has got a portion of the cross on which Jesus Christ is crucified is located. The Bible explicitly suggests that the first christian convert was the Ethiopian eunuch, written in Acts […]

Ethiopian Bible is the oldest and complete bible on earth : Ancient Origine Ancient Origine Published on June 3, 2016 Written in Ge’ez an ancient dead language of Ethiopia it’s nearly 800 years older than the King James Version and contains 81-88 books compared to 66. It includes the Book of ENOCH, Esdras, Buruch and all 3 Books of MACCABEE, and a host of others that was excommunicated […]