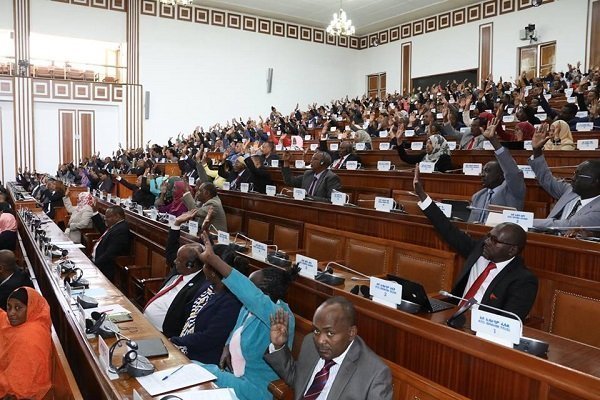 Ethiopia’s House of People’s Representative approved today a new draft bill to establish a commission in charge of issues related to identity and regional boundaries.

The Commission will be accountable to the office of the Prime Minister.

Ethiopian government media sources report indicates that there was a fierce debate in the house between those who support the draft bill on the one hand and those who oppose it on the other.

The draft Bill that establishes Border and Identity Commission passed with majority vote. 33 members of parliament voted against it and there were four abstains. The Ethiopian parliament has 547 seats.

Opposition to the draft bill mainly came from, according to sources close to the parliament, came from members of parliament representing Tigray People’s Liberation Front (TPLF).

When the commission commences its work, it is expected to come up with research-based recommendations and solutions to disputes over identity questions and regional boundaries in the country.

Those issues have become one of the causes of conflicts in different parts of Ethiopia leading to civilian deaths and displacement of tens of thousands of Ethiopians.

The Federation House which was meant to have power to resolve matters related to the ethnic based Federal states proved to be ineffective in terms of mitigating and averting conflicts and its structure has been criticized by analysts and political pundits alike.

In September of 2017, more than half a million people were reportedly displaced due to conflict in the areas adjoining ethnic somali and ethnic Oromo in the South Eastern parts of Ethiopia.

In the North West and North Central parts of Ethiopia, there has been an ongoing tension over identity question of Wolkait and Raya respectively. Residents in these regions are waging a political struggle against “imposed Tigrean Identity.” Before TPLF took power in Addis Ababa in May 1991, the above regions were not within Tigray region and they were not considered Tigrigna speakers.

In the south, Guji and Gedeo areas have experienced recurrent ethnic based violence which is believed to be linked to boundary issues, among other things, and nearly a million ethnic Gedeo were displaced several months ago.

In the Ethio-Kenya border town of Moyale, there has been a recurrent violence between the Borena (who are Oromos) and Garri (ethnic Somalis). Ethiopia’s ethnic based Federalism divided the small border town into ethnic Oromo and ethnic Somali administration with a police force and administrative structures of their own. In the past week alone, over 50 people are reportedly killed, dozens wounded, and thousands of peoples displaced, a significant number of it crossing the boarder to Kenya.

Benshangual Gumuz region of Ethiopia, in the western part of the country, is another area that has been experiencing recurrent violence of ethnic nature involving Amhara, Oromo and Gumuz. In this region too, tens of thousands of people have been displaced.

In a related development, the Ethiopian Parliament approved a bill today to amend the Defense Forces Legislation. 28 new articles are added as part of the amendment and some of them are related to the establishment of naval forces, space and cyber defense.