Ethiopians in Atlanta made it ; raised 50K 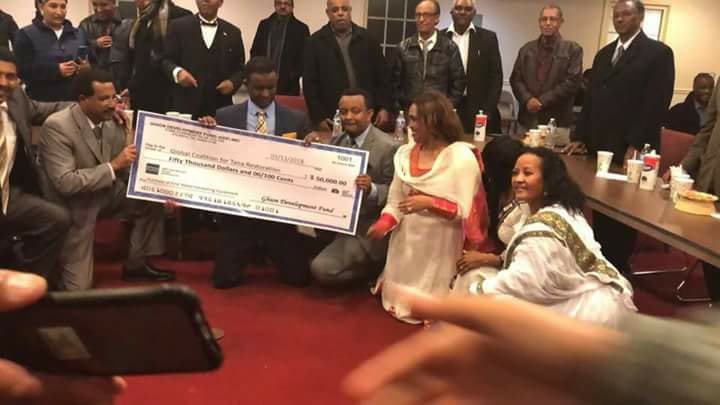 The organizing committee for the raised fund reportedly handed over the fund to Global Coalition for Lake Tana Restoration- a body that was formed to coordinate support for the fight against water weed on Lake Tana.

Shrug like response to the problem from the Federal government angered many Ethiopians in the country and abroad.

The fight to remove water hyacinth has been going on for several months now and brought together communities from different parts of Ethiopia. In October of 2017, about two hundred youth from Oromo region of Ethiopia traveled to Bahir Dar to help fight the weed.

Lake Tana is the source of the Blue Nile which joins world’s longest river in the world, Nile – a resource over which Egypt is fighting tooth and nail overtly in the realm of diplomacy but covertly pursuing, apparently, some other means as well.