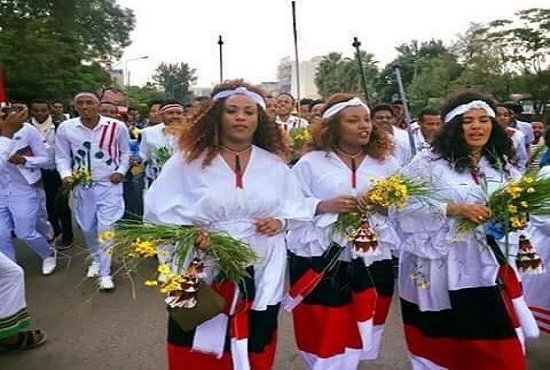 In a country divided over politicized ethnicity, with a legal and administrative support structures, for the last twenty-five years, the presence of over 200 Oromo youth volunteers to help fight water hyacinth(aquatic weed ) on lake Tana elated a considerable number of politicised Ethiopians.

Based on social media reports, there was euphoric welcome and celebration of Oromo youth in Debre Markos city, Western Ethiopia. They have also toured the historic Gonder city and indulged in a warm welcome.

Many activists in social media seem to see Oromo youth move to take part in the struggle to save lake Tana as a significant development in Ethiopian politics. That view is informed by the belief that it signifies the failure of what the ruling Tigray People’s Liberation Front has been doing for the past twenty plus years to nurture hate between Amharic and Oromo speaking Ethiopians.

Then there are those who tend to think that the volunteer participation of 200 Oromo youth volunteers on Lake Tana is not a significant indicator that all is well between Oromo speaking Ethiopians and Amharic speaking Ethiopians given the experiences in the past two decades and in light of the influence of radical oromo ethno-nationalist activism on Oromo ethnic politics and their relentless effort to radicalize oromo youth at the grassroots level. 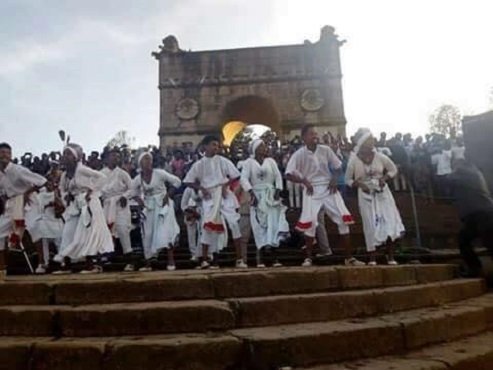 In the middle ground, we have those who think that what unfolded today in Bahir Dar is only relevant in so far as it is taken as a benchmark to show the right direction to in the future.

Despite those divergences, there are indications that the TPLF party is not too happy about the fact that Oromo youth is in Amhara region to volunteer for a challenging undertaking.

Located in North-Western Ethiopia, surrounding the tourist city of Bahir Dar, a city that endured the killings of too many civilians by government security forces in the last two years, Lake Tana is Ethiopia’s largest lake with a surface area of up to 3,500 kilometers square. It has monastic Islands, Dag Estifanos, too, not to mention that it is othe source of the longest river on earth, Nile.

Knowing the disastrous effect of the weed on the lake, which was once nominated as UNESCO biosphere reserve, residents in the city have been struggling to eliminate Water Hyacinth from the lake for a few months now. The Federal government virtually ignored it as a non-issue.

There are already reports that volume of water in the Nile river is dwindling, a bad news for Egypt.

Not much is known how the lake was suddenly invaded by extensive Water Hyacinth.

The eradication campaign is far from over. Deploying a few machineries would have hastened effort to rescue Lake Tana. But it needs the will of the Federal government.