“Double face of Oromo struggle.” What should OPDO do about it?

OPDO showed determination not to dwell on the radical ethno-nationalist narrative and seem to have interest to be a party with a solution for all Ethiopians. What should the organization do in Oromo region of Ethiopia to achieve that objective? 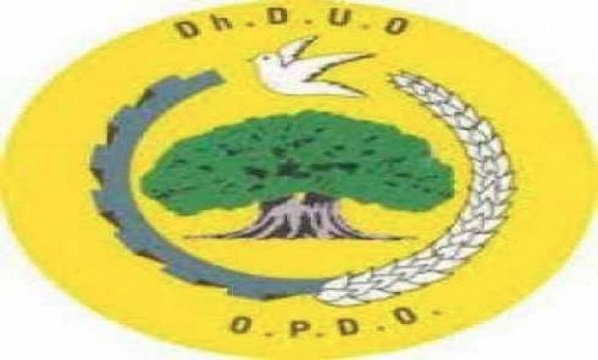 This week Wazema Radio aired interesting coverage entitled “የኦሮሞ ትግል መንታ ገፅታ!”, translates to “Double face of Oromo Struggle.” It sharply captured the evolution of “Oromo struggle” over the past fifty years ; pointed out how Oromo Liberation Front (OLF), which is a sort of pioneer organization which started as ethnic based secessionist political organization in Ethiopia, fell out from the transitional government after it joined in 1991, its tested incompatibility to form alliances with other organizations based on the experiences of Tigray People’s Liberation Front and Eritrean People’s Liberation Front (EPLF) with whom it was a partner at one point and the gradual split within the organization itself which gave rise to different factions.

In the course of time, influential leaders of the organization, like Lencho Leta and Dima Negao, took a critical political juncture when they reject the ideals of forming an independent ethnic based country by seceding from the rest of Ethiopia as impractical and undesirable. Although they did not break from the world of ethnic politics entirely, perhaps understandably so, as their latest organization is basically ethnic-based one (Oromo Democratic Front), they joined hands with three other organizations to form Ethiopian National Movement which was officially launched in 2016.

Incidentally, the new leadership of Oromo People’s Democratic Organization(OPDO) which is the member of the ruling coalition in Ethiopia (EPRDF) is taking what could be referred to as a revolutionary path given the history of the organization. Ideologically, the organization used to share political world view and historical narratives shaped by secessionist OLF except that OPDO was lurking in as loyal political force within the ruing party.

But recently it has taken numerous bold political and administrative measures to end its existence as a manipulable playing card for Tigray People’s Liberation Front (TPLF). It has also made its stand loud and clear,in fact through actions, that it will no more accept TPLF domination. It has joined hands,perhaps in an effort to achieve its objective, with Amhara National Democratic Movement (ANDM) and the new leaders came up with a new narrative that won them Ethiopians even outside of Oromo region of Ethiopia ; they started to talk about the unity of Ethiopia and are acting as a leader.

The alliance between OPDO and ANDM noticeably generated much hysteria and there is a hope that the alliance could bring about much needed political change in the country. However, it is important to exercise caution. It is true that the leadership in OPDO, from what is observed so far, seem to have a potential to emerge as revolutionary leadership and could cause a blow to radical ethnic-nationalism if they mobilize all Ethiopians along that line.

The problem is although the OPDO leadership has got support outside of Oromo region of Ethiopia and has the potential to get even more support, their main political support base over which they exercise the regional administrative structure is ethnic based and there is,clearly,an ethno-nationalistic ambition which is an offshoot of reminiscent radical OLF and Neo-OLF political propaganda.

There seem to be also another group in Oromo ethno-nationalism quarter with “new moderation” thought with aspiration to impose ethnic supremacy, the very reason why Ethiopians rejected TPLF, on the rest of Ethiopia and this thinking pattern is predicated on ,again, the radical ethno-nationalist narrative which painted Ethiopia as an empire state that imposed “Amhara identity” on Oromos in the name of Ethiopian identity. This group also makes claims of controversial ethnic land including Addis Ababa, where more than 90% of the population is non-Oromo.

True, for now there is an overwhelming support for the new OPDO leaders in the region but there should not be illusion about the fact that not all the support is because there is a shared political goal. And there needs to be clarity of goal, as noted by Wazema Radio. The current support rather seems a strategic one to achieve some other goals that are in line with the radical etho-nationalists’s ideals through the agency of OPDO. It is also important to note that these groups, although they do not have de jure control over the regional structure, have significant ideological influence in the region with a potential to manufacture political crisis, perhaps exploiting thier grassroots network. Equally important to note is that a considerable number of new generation of Oromo youth is brainwashed by OLF and neo-OLF radical propaganda.

That is why the new leaders of OPDO need to systematically confront the radical sentiment in the region and foster their support with a goal to transform the Organization into something very Ethiopian while mobilizing the rest of Ethiopia. Needless to say, man is inherently reasonable and the idea of Ethiopian Unity and the formation is democratic Ethiopia is more powerful than the idea that is based on hate and bigotry, which will bring about endless conflict in the region.