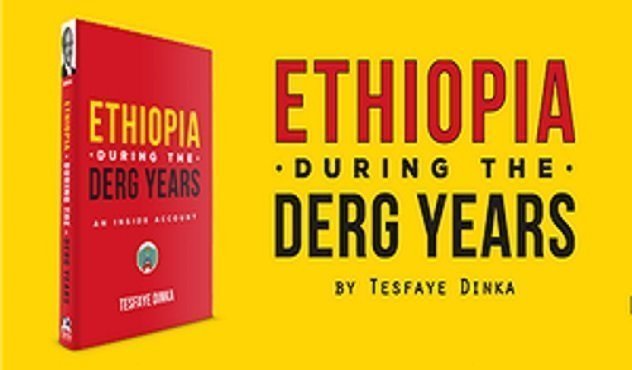 Book by the late Tesafaye Dinka, entitled “Ethiopia During the Derg Years” , is published posthumously. Tesafaye Dinka served as Foreign Affairs Minister and later as Prime Minister in the last years of the military government of colonel Mengistu Hailemariam. He as chief negotiator representing Ethiopian government at the London Conference in 1991. After the fall of his government, he lived in the United States where he passed away in December 2016.

Information on Eventbtire indicates that the book launch is scheduled for March 4,2017 from 3pm to 6pm and will take place at George Washington University Law School,Moot Court.
[adToAppearHere]
Ethiopia During the Derg Years is published by Tsehai publishers. It is described as blend of autobiography and history and a book that provides “an inside account of the period from a close observer.”

Among other things, it takes a look into the conflict in what was then Eritrea province, insurgency in Tigrai and “the belated effort to bring about a peaceful resolution to both, including in particular how and why the 1991 London Peace Conference was aborted prior to its planned formal opening.”

Apparently, there was a debate within the Derg, immediately before Tigray People’s Liberation Front fighters entered Addis Ababa, to move the capital from Addis to either Dire Dawa or Awassa.