“The Grand Ethiopian Renaissance Dam (GERD) has great benefits to both Sudan and Egypt.” 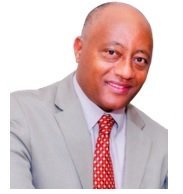 The Grand Ethiopian Renaissance Dam (GERD), which is being built on the Abbay river and financed entirely by the Ethiopian people, has great benefits to both Sudan and Egypt. One of the benefits is that it mitigates flooding in Sudan.  However, statements coming out of a few news outlets run counter to this fact. In recent weeks, for example, the Sudanese Foreign Minister Mariam al-Sadiq al-Mahdi reportedly stated that the Dam (GERD) endangers over 20 million Sudanese people. This statement is contrary to the facts established by scientific analyses. As demonstrated below in this article, GERD eliminates flooding in Sudan including in its capital city Khartoum, which has seen repeated devastations in the past.

Case in point: Sudan has been hit hard in 2020 with the Nile river flowing out of its banks. A lot of people were displaced, and the extent of property damage was enormous. According to United Nations Office of the Coordination of Humanitarian Affairs (OCHA) report issued on 10th of September 2020, over half a million people were affected.  More than 111,000 houses were destroyed or damaged.  The flood also damaged 1,700 ha of agricultural land, 179 facilities (schools, health centers, and government offices), and 359 shops and warehouses. It has also killed 5,500 head of livestock. The damage’s monetary values have not been quantified but it could range in billions of Dollars. Similarly, devastating flooding events have been recorded in the past, including in 1998, 1988, 1969, 1958 and 1946.  Flooding is therefore a repeat occurrence in Sudan.  Each of these flooding events is associated with heavy rainfall in the highlands of Ethiopia, particularly in the Abbay watershed. GERD, by virtue of its location in the valley of the Abbay river upstream of the flat topography of Sudan, is a textbook example of flood control reservoir, even though the primary objective of the dam is power generation.

The Abbay river (referred to as Blue Nile in Sudan) receives 80 % its flow in the months of July through October.  During this period, the water level fluctuates greatly and recorded as high as 11,000 cubic meters per second (cms) and as low as 800 cms. Sudan has been flooded repeatedly during the rainy season. In the remaining months, the flow is on average less than 250 cms.  GERD modulates these fluctuations and provides for a steady flow of water that is much more suitable for irrigation and drinking water supply.

When the flow of the Nile exceeds approximately 7,000 cms, flooding commences in most areas along the banks the river within Sudan. Once the flood water is out of the bank it spreads fast in the flat terrain of the adjust areas, affecting farmlands, villages and neighborhoods in cities. In 2020, the peak flow of the Nile recorded at the El Diem stream gage station near the Sudan-Ethiopia border was over 11,000 cms.  A stream flow frequency analyses is carried out to determine the frequency of occurrence and the probability of exceedance using 95-years stream flow records from the El Diem stream gaging location. The results, plotted below, indicate that the 7,000 cms flow has a return period of less than 10 years. The probability that 7,000 cms flow is equal or exceeded in the coming 10 years is about 70%.  This means that, without taking measures of flood mitigation, the probability of getting flooded in any given year within the next 10 years is 70%.  This is a very likely scenario as flooding in Sudan is a repeated occurrence; past record attest to this fact.

One Sudanese official stated several years ago “As Aswan dam is to Egypt; GERD is to Sudan”. This is a correct depiction of the benefit of the GERD to Sudan. An interesting question is this: Could GERD have enabled Sudan to avoid the 2020 flood or similar magnitude of future flood had it been completed sooner?  Since the 2020 flood has a return period of approximately 100-years (see figure above), the answer to this question depends on the operation of the reservoir. Even though, the primary objective of the GERD is to generate hydropower it does have an ancillary benefit to reduce or eliminate flooding for downstream countries.

The amount of storage in the reservoir at the onset of the rainy season is critical to prevent downstream flooding. To demonstrate whether GERD eliminates flooding in Sudan, a reservoir simulation analysis was carried out using the inflow data from 2020 and planned Ethiopian reservoir operation scenarios.  GERD has a capacity of 74 billion cubic meters (BCM). The normal operating range of the GERD reservoir is between 625 to 640 m and the minimum operating level of 610 m.  If the reservoir is below elevation 610 m there is more storage to hold the flood water and release it in a controlled manner.

For this analysis, two scenarios were considered. The initial reservoir level was assumed at elevation 610 m and 625 m at the onset of the rainy season, June 28, 2020.  The release from the reservoir was set not to exceed 6,000 cms to eliminate overbank flooding in Sudan. The goal was to test if there is enough storage capacity in the reservoir to hold the 2020 flow of the river without exceeding an elevation of 640 m which may trigger additional release through the gated spillway or the emergency spillway.  The figures demonstrate that, in both scenarios, GERD could have stored all of the flow in the river with a release of less than 6,000 cms and without triggering flooding downstream. In both cases, the level in the reservoir would have remained below 640 m. Therefore, the 2020 flooding in Sudan with all the damage the suffering of the population would have been avoided had the GERD be completed.

These being the facts, why would a high-level Sudanese Official make a statement against the interest of the Sudanese people? Does the Official have plans to alleviate the repeated flooding that devastates Sudan? I leave these questions for the Sudanese people to ponder and close by stating the obvious: GERD, without costing the Sudanese people a penny, will solve the age-old problem of flooding in Sudan. Sudan should therefore embrace GERD and thank the Ethiopian people for finally ridding its chronic problem.

Alem Gebriel is a water resources Technical Director with a global engineering company.  He has over 30 years of experience in water resources planning, hydrology, hydraulics, and feasibility studies for flood mitigations and, simulation of reservoir operation.

Editor’s note : To publish articles on this site, please send submission to info@borkena.com