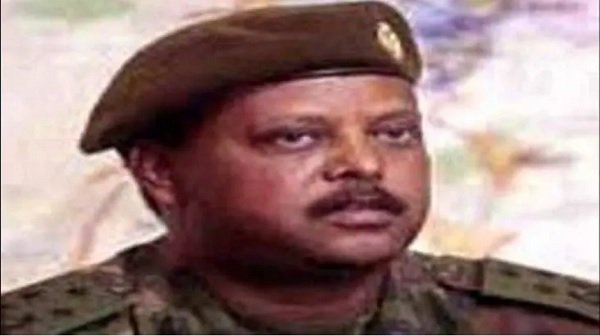 The Federal Police Commission announced on Friday that an arrest warrant has been issued on former chief of staff Let. General Tsadkan Gebretensae. Colonel Berhe Woldemichael Gebru and Commissioner Yihdego Seyoum Woldemariam who were in the police commission are also in the wanted list.

The statement from the police commission  said that the suspects will be facing charges of treason. They are said to have collaborated with Tigray People’s Liberation Front (TPLF) in the plot to detain members of the northern command of the Ethiopian Defense Force and members of Federal Police who were assigned in the region.

“ Motivated by extremists sentiments, they abandoned duty to the government and people of Ethiopia, received missions from senior TPLF leaders, and were engaged in direct and indirect activities that endangered  the constitutional order.”

In addition to Tsadkan Gebretensae and the two other suspects mentioned above, the Federal police is searching for 40 other deserting Defense Force members, Federal police and retired  air force members  who are said to have coordinated the attack on the military bases of the northern command in Tigray region on November 4.

A commando division of the criminal investigation team has arrived in Mekelle city, from where the TPLF leaders were leading the war against the Federal government, for search operations.

It has been reported in the past two weeks that key TPLF leaders including chairman of the organization Debretsion Gebremichael and former chief of intelligence, Getachew Assefa, retreated first to Hagere Selam, north-west of Mekele., and then to unspecified locations.

The Police Commission called on people in the Tigray region and the rest of Ethiopia to help the effort to bring them to justice.

Tsadkan, the former chief of staff of the Ethiopian Defense Forces, turned out to be a businessman after early retirement from the army. He is said to have huge shares in Raya Brewery and was the Chairman of the Board RAYA Brewery.

In June 2019, he appeared on Walta TV to reflect on the political situation in the country. The, he sounded neutral, not a TPLF supporter although he was part of it for several decades.