Lidetu Ayalew released on bail, to defend himself from outside of prison 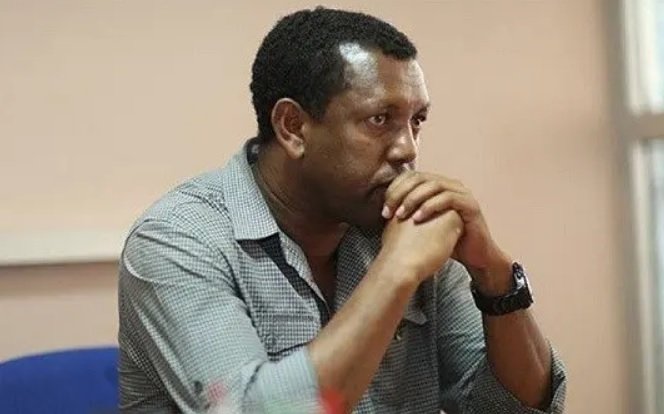 Ethiopian Democratic Party announced on Friday that the leader, Lidetu Ayalew, is released from prison on 30,000 birr bail.

He was charged with “illegal possession of firearms,” and ‘attempting to overthrow federal and regional government forcefully. He has been in jail since the days following the assassination of singer Hachalu Hundesa on June 29.

His party announced that it was the supreme court in the Oromo region of Ethiopia that ruled Lidetu be released on 30,000 Ethiopian Birr bail.

It means that he will continue to defend himself against the charges mentioned above from outside the prison cell.

A court in East Show zone ruled a few months ago that he be released on 100,000 birr bail for the charge related to “illegal possession of firearms.”  However, police defied the court order and Lidetu had to remain in prison until Friday morning this week.

He is said to have appeared in court about 41 times since his arrest about five months ago.

The second charge was laid after police retained him against court order, according to information from his party. He was particularly implicated in alleged involvement in coordinating Youth in Bishoftu (Debre Zeit), where he lives, for protest. Lidetu denied the charges.

“On behalf of my party and our members, I would like to express sincere gratitude to lifeline lawyers Abduljabar Hussien,Mohammed Jimma, Gemechu Gutema and Ashenafi Anteneh,” said Adane Tadesse who is president of Ethiopian Democratic Party.

Lidetu Ayalew is founder of Ethiopian Democratic Party and led  the party for many years. He tends to be critical towards Prime Minister Abiy Ahmed’s government.

He thinks Abiy Ahmed’s mandate as Prime Minister of the country ended on September 30 of this year — a position that the nearly defunct Tigray People’s Liberation Front (TPLF) strongly held. The political stand is based on the view that postponement of the sixth general election was illegal for “it violates the constitution.”