Campaign for the release of Ermyas Amelga kicked off 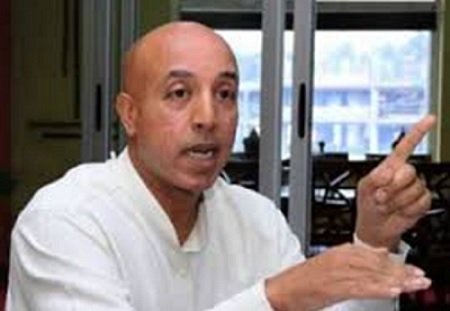 Ethiopians kick off campaign an online campaign on www. change.org yesterday to demand the release of Ermyas Amelga,Ethiopian businessmen.

The campaign that questions “Why is Ermyas Amelga imprisoned and where is rule of law in Ethiopia in his case?”, is demanding “the immediate release of ermys amelga – justice delayed is justice denied!”

The campaigners narrated his story in detail. It reads as follows :

Federal investigators have arrested Ermyas Amelga, founder of Highland Water, Access Capital, Zemen Bank, and Access Real Estate among other enterprises, in connection with an ongoing corruption probe on the Metals & Engineering Corporation (METEC). Ermyas is a former Diaspora who returned to Ethiopia 20 years ago leaving a successful career in investment banking in the US. His vision was to use his knowledge/experience to launch innovative businesses that could make an impact on the economy. Just prior to his arrest, he had announced the launch of a new venture, with global technology giant, Ali Baba, to launch a multi-million dollar cloud based data center in Ethiopia.

The charge against Ermias is that he “connived” to sell Imperial Hotel at an exorbitant price resulting in a loss of over 20 million birr to METEC as a result. Ermias was initially detained for one week at a police station, and was told that they were investigating the sale of Imperial Hotel, assuring him they had no intention of charging him with a crime. But all this was a cover up, as police and related officials were preparing multiple lawsuits dragging him into the high profile corruption case of Major Kinfe et al. Prosecutors decide to make him the 11th defendant linking him to the 10 METEC defendants being investigated for corruption in the expenditure of billions of birr of government funds.

All this transpired, because, as CEO of Access Real Estate (ARE), Ermyas sold Imperial Hotel, previously purchased from Asfaw Tefera’s family, for 60 million birr (47 million cash and 13 million to cover existing hotel debt) to METEC, in 2013, for 61.2 million birr (net of VAT). There was also a payment plan included to be implemented over an 18 month period. After including 2.5 million birr in bank interest payments, there is actually a loss of 1.3 million birr to ARE/Ermyas on the sale. Again actual sales price to METEC was 61.2 million, then 10.8 million was added for VAT, bringing the total sales price to METEC to 72 million birr.

Ermyas has said in court, that there is always this consistent omission of the sales figure breakdown by police/prosecutors to exaggerate the sales price and strengthen the case against him. In court, prosecutors kept mentioning the METEC purchase price an “exorbitant” sales price, as if the price is set arbitrarily, and not market conditions.

How is this transaction being considered as grand corruption put on the same level as that of Major General Kinfe et al, when in fact Ermyas, representing ARE, sold the hotel at a net sales price almost the same as the net purchase price?

In defending himself in his first court appearance, January 9, 2019, after being detained in jail without bail and due process, an emotional Ermyas stated, “I cannot believe attempts are being made to imprison me on such an unsubstantiated and unbelievable charge that I sold property on behalf of Access Real Estate, and sold it to METEC at an exorbitant price through corruption.” He stated, “I thought the days of people being imprisoned in Ethiopia without due process and evidence were over, but nothing has changed.”

Ermyas explained to the judges that twice in the last four month he had been called in by police at the request of a certain commander, to explain the Imperial hotel transaction in great detail and with all types of documents investigators presented. Having found no wrong doing he was dismissed. Then suddenly January 9, 2019, with no new evidence, Ermyas found himself arrested on the sale of Imperial Hotel.

Judges Statements in their Office Chambers

That same afternoon when Ermyas was expecting a response from the court that either would release him or give police the extra 10 days for more investigation, he was shocked to learn the police/attorney general office came to the judges’ chamber with multiple lawsuits linking him to the major lawsuit against Major General Kinfe, et al.

According to Addis Standard, “on the morning of January 15, 2019, during Ermyas first court appearance, police had asked the judges for extra ten days to keep Ermias under arrest and investigate him further. The judges, therefore, adjourned the case for the afternoon to give their verdict. However, before judges delivered their verdict on whether or not to give the police the extra ten days, the police, through the registrar office, said they have already filed corruption charges based on evidence they already collected.” (http://addisstandard.com/news-police-say-corruption-charges-on-erimias-amelga-already-filed-at-fed-court)

After this development, during the afternoon session, in the judge’s chambers, the judges spoke harsh words to the police investigators. They asked them “how do you bring a lawsuit now, when you were asking just this morning for ten days to gather evidence? “They stated that the lawsuit was not appropriate and that this type of activity creates mistrust between the public and police.” They warned the investigation team, “Don’t ever repeat this in court.” The judges excused Ermyas, on their part, but said that the lawsuit from the Attorney General still has to proceed, and finish its course. Regardless of the fact that the lawsuit lacked sufficient evidence, Ermyas had to go back to the police station and then two days later was transferred to the Federal prison in Kilinto.

(ii) – Ethiopia operates a free market economy. The charges against Ermias say he sold a hotel valued at 41 to 51 million birr for 72 million birr putting a loss of over 20 million for government owned METEC. However, the current value of Imperial Hotel is now estimated to be over 300 million birr. This charge is not valid as it is not keeping in mind current property values in Addis Ababa.

(iii) – What is the barometer that the Attorney General is using when he is charging Ermyas with selling the hotel at an exorbitant price? One can’t be charged with corruption for selling a property at a higher price than was purchased. The sale was taken in an open and transparent manner. Before the property was fully transferred to ARE, METEC stepped in and purchased it directly from the original owner representative. This means that Ermyas, representing ARE, was removed from this transaction.

(v) – Knowing that the final sale was between METEC and the original property owner, Asfaw Terefe, the Attorney General should not try and make Ermyas legally accountable for this transaction and cannot cite him as guilty for any crime under legislation they have cited.

(vi) – Since it is not a crime to sell property registered under ones name/company’s name and the Attorney General’s office has no evidence to support their charges they have made, the court should dismiss the charges they made and release Ermyas.

What is the Message for Ethiopian Diaspora Entrepreneurs Intending to Return to Ethiopia?

The experience of Ermyas, clearly shows that even now, Ethiopia is not yet ready to use her best and brightest. In a recent speech to parliament, the Prime Minister of Ethiopia stated: We want a private sector that does not just bid on government contracts. We want one that provides knowledge and value addition.” Well, no one has done this more than Ermyas. However his experience with the judicial system sends a powerful message to Ethiopian Diaspora who want to return to Ethiopia to undertake business investments. It seems the country’s judicial system is not yet ready for that. The message seems to be: Come at your own risk, as the rule of law is not yet in place to protect you!

WE WHO SUPPORT HUMAN RIGHTS AND RESPECT FOR RULE OF LAW IN ETHIOPIA, DEMAND THE IMMEDIATE RELEASE OF ERMYS AMELGA – JUSTICE DELAYED IS JUSTICE DENIED!