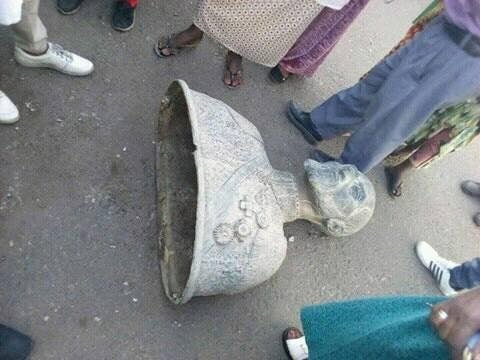 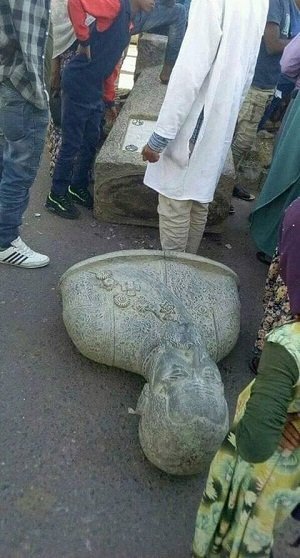 Based on verified social media news (pictures of it is widely circulated), the incident happened today in one of Ethiopia’s multicultural city of Harar, in the south eat of the country.

Ras Mekonen’s statue was hit by a car and brought down.

Observers seem to believe that it was deliberately hit by political groups with radical anti-Ethiopia sentiment.

Dr. Mesele Terecha is a historian. He wrote in a facebook update today (in Amaharic), “What I can tell you with certitude is that Prince Ras Mekonnen’s statue in the former Misrak Arbegnoch hospital, now Jugel hospital, is that it was not hit accidentally. Because when I was working there, I have observed the level of wickedness with which it was seen.”

For most Ethiopians in social media, the act of destroying Prince Ras Mekonen’s statue has something to do with radical-ethno nationalist groups.

In the past, radicalized ethno-nationalists have been demonstrating sentiment of hate towards emperor Menelik’s statue in the center of Addis Ababa. At times, there were even calls to destroy it.