The TPLF is Harboring Its Torture Kingpin, Getachew Assefa

“There is no greater tyranny than that which is perpetrated under the shield of the law and in the name of justice [and national interest].” Montesquieu 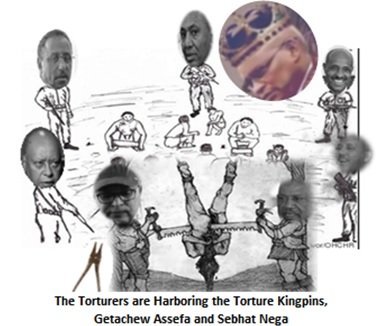 inception more than forty years ago to wage guerrilla warfare against the Derg regime. For example: First, the TPLF took the law into its own hands and eliminated outlaws who had been using the Tigray Mountains as their sanctuaries. After the TPLF controlled the mountains, it became the kingpin bandit in Tigray.

Second, the TPLF’s internal policy banned marriage, including dating, flirting, romantic and heterosexual relations between its guerillas who were mostly teenagers though they were living and fighting together. “If dating, flirting … or romantic relationship between fighters was discovered the punishment was an execution by a firing squad.”

This policy was a double standard because it wasn’t applied against some of the TPLF’s leaders. For instance, violating the internal policy that banned dating, flirting … and marriage between the TPLF’s guerillas, one of the rebel leaders, Seyoum Mesfin Gebredingel, who became Ethiopia’s former foreign minister after the TPLF seized power, had a child born illegitimately in the Sudan, according to Ato Kidane Tsegaye. To listen to Tsegaye’s assertion on Tigray Media Network, fast forward the YouTube video on the above hyperlink to thirty-one minutes and fifty-one seconds.

Third, the TPLF “… has been listed as a perpetrator [terrorist] in the Global Terrorism Database, based on ten incidents occurring between 1976 and 1990.”

The TPLF Continued its criminality for forty years

Ethiopia’s former intelligence chief Getachew Assefa is accused of rampant corruption and human rights abuses such as:, hanging prisoners by the hands or feet and beating them with: whips, timing belts, electric wires, sticks and a piece of rubber garden hose; abusing detainees by gang rape and sodomy; pulling prisoners’ genitals with pliers; making prisoners’ manhood impotent by hanging a water bottle on their penises; using insects such as fire ants and caterpillars as a means of torture; ripping off fingernails as a means of torture; executing detainees extrajudicially and orchestrating a hand grenade assassination attempt against PM Dr. Abiy Ahmed. 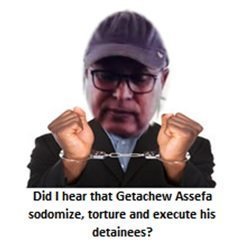 and widespread corruption, the TPLF is sheltering him in Tigray. For instance, according to Ethiopia Insight, “Getachew has been named in court as responsible for rights abuses, but Tigray’s government is thought to be unwilling to hand him over to federal authorities. A Tigray government official didn’t respond to a request for a response.”

It is a fact that “under the shield of the law and in the name of justice [including development and national interest],” the TPLF’s leadership permitted Assefa and his accomplices to commit horrendous crimes against Ethiopians for years. It is also a fact that when Assefa and his collaborators become wanted for their offenses, the TPLF protects and harbors them in Tigray. Since concealing a wanted person is a crime of deliberately sheltering a fugitive criminal from authorities, an offender of such a crime is subject to punishment.

Lastly, Jawar Mohammed and I (the writer) are on the same page regarding not to let Getachew Assefa escape justice. As Mohammed, I look forward to seeing Getachew Assefa in handcuffs. So, I dedicated this article to Mohammed for his unwavering stance like me that to see Assefa face justice in handcuffs. Using the public wealth they loot, if the TPLF’s EC members would want to purchase Assefa millions dollars’ worth of diamond handcuffs to make themselves feel better that they bought something unique for their most special torture kingpin, I wouldn’t mind!

Note: I obtained the images I used on this article from Google Images and a YouTube video. To make the images fit with the article’s contents, I altered them.

Editor’s Note : Views and opinion expressed in the article do not necessarily reflect borkena’s (www.borkena.com) view. Should you like to publish your article, please send submissions to editor@borkena.com