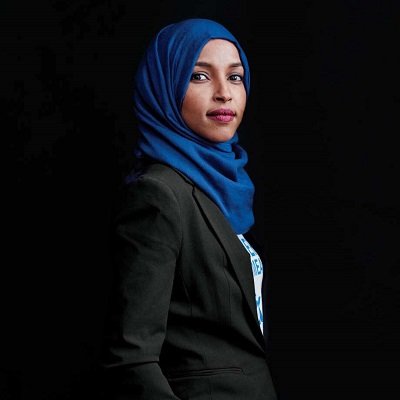 Listen to these two young individuals from our region and salute them not only because they have made history by coming out of refugee camps and getting elected to the US Congress but because they are progressive in their worldviews.

Our brother, Joe Neguse addresses the current political issues as they should be. He adores Bernie Sanders and his progressive agenda. He is also a nemesis of Trump the con-artist, divisive and scaremongering president of America today and is clear about it. He is for everything Trump is not for. Unlike Trump, he is for Affordable and better health care, for environmental protection and passionately talks of the pressing issue of preventing gun violence that is ravaging American society from coast to coast. He is positive in his outlook. For example to Trump’s scare tactics, his antidote is “while fear is contagious, so is hope,” (see the Denver Post, Nov. 7, 2018

Our sister, Ilhan Omar is an impressive zun politikon as Aristotle would define a person of her disposition. Her diplomacy is one that a political scientist like me would term “seasoned.” Hear how as a Muslim woman she addresses the relation between her election bid and the interest of the Jewish community in her audience. How interesting she did not jump into bringing up the Palestinian issue.

Like her counterpart, Neguse, Ilan is also positive and has an antidote to Trumps utterly asinine attack against her Horn of Africa community in Minnesota about whom he is quoted by the Washington Post (Nov. 7, 2018) as saying “Minnesota had suffered enough at the hands of Somali immigrants” Ilhan’s answer was “When people ..[sell] the politics of fear and division and destruction, we [talk] about hope. We … [talk] about the politics of joy” (Ibid.)
I only wish that millions of Abashes in North America will join our brother and sister soon. It is about time they do!

No doubt, members of the Habesha diaspora are doing a tremendous job when it comes to matters regarding the motherland, but they should make a concerted effort to get involved in the politics in the democratic world in which they currently reside as well. No point of shying away from politics hare. As the Ethiopian saying goes, “ካለመጠየቅ ደጃዝማችነት ይቀራል.”

There is clearly a tremendous amount of economic, political and intellectual capital to be tapped; the question is how to go about it.’ It is simple: we have to get involved in local and national elections here without fear. There are now multitudes of Habeshas abroad who have enough money to make use of the lobby system that exists particularly in America. And when we get elected, we do not need to lobby. We would be the ones to be lobbied.
When we look carefully, we see that we have not only a million or more strong community in North America alone to make a difference in politics. We have so many professional Habeshas in North America that there is no college or university that does not have a Habesha prof. Statistics also show that there are more Habesha doctors in America than there are at home.

We should learn from the Jewish community. We should put one foot in politics around us and the other in the politics of the motherland. The two are not mutually exclusive. They can coexist and move in absolute harmony. There is no reason why this can’t be done. As the famous adage has it, where there’s a will, there’s a way.