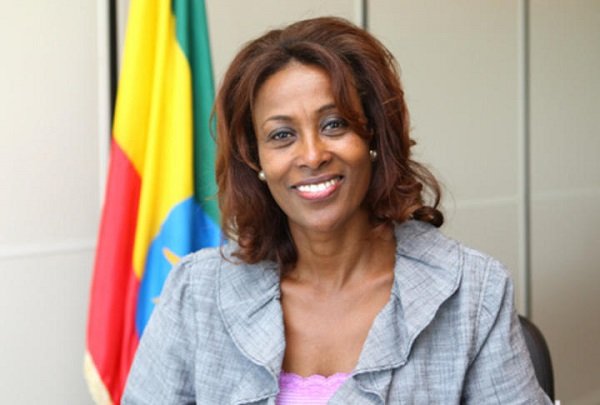 Today, he proposed to the parliament Meaza Ashenafi, a formidable woman prominent for defending women rights in Ethiopia, as the president of the Federal Supreme Court and that parliament has unanimously approved the proposal, based on a report by government media, Ethiopian News Agency. The parliament has also appointed Solomon Areda as her deputy.

Meaza Ashenafi is one of #Ethiopia’s most seasoned lawyers and a prominent women rights activist. She was the founder of Ethiopian Women Lawyers Association and has served as High Court Judge. She brings a track record of competence and relevant experience to the role. pic.twitter.com/E9ZNtpp6GB

Last month, Ethiopia made headline in many media outlets when prime minister Abiy Ahmed introduced unprecedented gender balance cabinet, not just in the history of Ethiopia but also in the history of Africa. A gender parity cabinet could in fact be under statement because key cabinet positions including the Ministry of Defense and the Ministry of peace, which overseas leading security apparatus in the country including the intelligence department, are now led by newly appointed female ministers.

Last week, the parliament appointed Sahle-Work Zewde, former ambassador who was working as United Nations’ representative at the African Union at the time of her appointment, as the first women president for the country.

In a speech made to the parliament, Meaza Ashenafi vowed that restoring public trust in the court system is her priority. She is expected to be one of the resource persons in the reformation of the justice system in Ethiopia which the government is embarking soon.

Who is Meaza Ashenafi?

Meaza Ashenafi was born in Assosa town, in what is now Benshangul Gumuz regional state, Western Ethiopia in 1964.

She studied law at Addis Ababa University, the country’s prestigious institution of higher learning. Her graduate study is in international relation which she did in the United States.

In terms of experience in the justice system, she served a high court judge for about three years and has also participated in the Ethiopian Constitution Commission, which was mandated to draft the constitution, as a legal adviser.

She has played a leading role in women’s rights activism in Ethiopia through Ethiopian Women Lawyers Association, a non-for-profit organization she founded and led for nearly a decade between 1995 and 2004 is the brainchild of Meaza for she was its founder.

She is also among the founders of the first women bank in Ethiopia, ENAT bank and served as chairperson of the board of directors.

In 2017, she was the guest speaker at the Businesswoman of the Year Awards which was organized in South Africa.

In her last role before the appointment, she was working as Gender Advisor at United Nations Economic Commission For Africa.