It is a dream come true for Mustafa as he wanted “to serve his people for a long time now.” 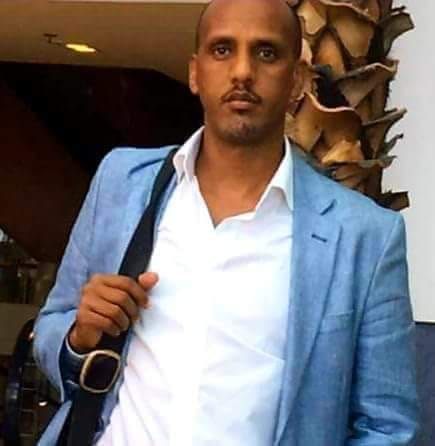 Mustafa is replacing the interim president Ahmed Abdi who was appointed after Abdi Illey was detained following a manufactured conflict in the region which caused the death of dozens of Ethiopians and a large-scale humanitarian crisis.

Tens of thousands of residents from Jijiga, Kebri Dehar, and other towns in the region were displaced so much so that government and international humanitarian organizations had to intervene.

Who is Mustafa Mohammed Omar?

The 45 years old new head of the Somali region of Ethiopia, he will formally take over his position this coming Saturday based on his interview with ESAT, is known to Ethiopians a writer and human rights activists.

He was active in the fight against gross human rights violations in the region during the deposed Abdi Illey’s administration and sources say that Abdi Illey’s forces have executed his brother in front of his father.

He is an agricultural economist by profession and has worked with the United Nations in different African countries in the Horn of Africa.

“I wanted to serve my people for a long time now and I am happy,” Mustafa told Ethiopian Satellite Television (ESAT). Asked how he will deal with security and other challenges in the region, Mustafa responded that there are certainly challenges but there are also opportunities.

Mustafa seem to be very ambitious to transform the region’s sectarian politics to a progressive one. In a facebook update he shared today, he wrote :

“…We will revolutionize somali politics. We will not be intimidated by criticism or lament. We will defeat reactionary ideas with better ideas; we will not criminalize or harass them. And we are determined to face-off with forces of negativity and sectarianism. It is our duty!”

Ethiopian Somali People’s Democratic Party, which elected Ahmed Shide (currently serving as Federal Government Communication Minister) as its chairman, is undertaking a range of reforms to ensure peace and stability in the region.

Meanwhile, Somali Ethiopian Human Rights activists say that they are not content with the ongoing evaluation within Ethiopian Somali People’s Democratic Party. They think that the party does not have the intention to bring about fundamental structural change to the region.