Tsadkan Gebretensae says TPLF elites who lost power and privilege due to the recent political change in Ethiopia are exploiting the fears of people in Tigray. 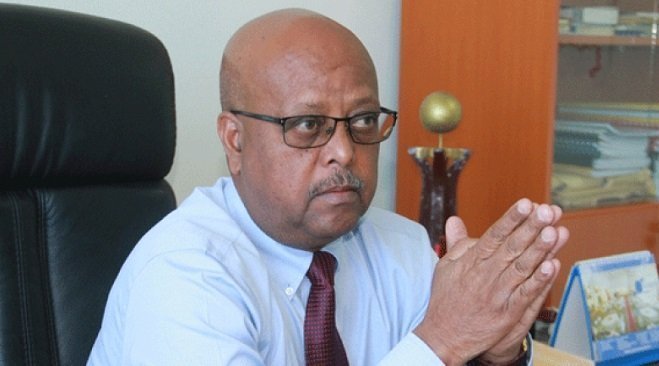 Tsadkan Gebretensae is veteran TPLF combatant and has also served as chief of staff of the Ethiopian Defense force until he resigned following division within the TPLF sometime in 2000.

He is currently a businessman and says he has no ambition for political office. However, he is no stranger to Ethiopian politics, in all its forms, and he often shares his view points to different media outlets.

In an interview with Addis Admas, a local news paper in Amharic, which is published today, he shared his views regarding the political situation in the country, the reactions in Tigray to the ongoing change in the country, hopes which turned into fear, among other things.

Initially there was hope in Tigray that the change would bring about something good for Tigray as well. Now, he says, Tigreans rather have lots of concerns and fears about it.

Based on Tsadkan Gebretensae’s remarks in the interview, one of the concerns of people in Tigray is the new relationship with Eritrea. “The concern is real,” he told Addis Admas.

He further elaborated it in, apparently in the words of people whom he spoke to in Tigray, “We do not know about the relation [with Eritrea]. we do not know what is behind the scene. It lacked transparency.” And Tsadkan thinks that government need to know about this concern and how to address it. For the rest of Ethiopians, the fear about the new relation with Eritrea is just irrational especially if viewed from “we fought along side Eritreans, we have blood relation and we are immediate neighbors” assertions. The rapprochement with Eritrea is a decision taken by the ruling coalition to which TPLF is a party and it is perhaps the only EPRDF decision in history that Ethiopians supported and celebrated fully.

There is also anger in Tigray, Tsadkhan went on to point out in the interview. It emanated from the belief that “the sacrifice of Tigray people is trivialized. Tigray is considered as a beneficiary [apparently in the last 27 years] while maladministration and lack of democracy was severe and that has exposed Tigreans for hate propaganda.” Therefore, says Tsadkan, politicians from the center of the country need to understand that and do something that is “relevant for peace and unity of the country in the future.”

TPLF is trying to exploit the concern and the fear of people in Tigray regarding the ongoing change. The fear is that people seem to question, according to Tsadkan, if the change in the country is not going to make a distinction between those who “erred”, in his words, and the rest of the people of Tigray, it is going to affect all. However, he did not provide evidence to demonstrate that the fear in Tigray is reasonable. The only evidence he cited is the death of three individuals from Tigray region in Tana Beles area, in Amhara region of Ethiopia. Why that could not validate the point about anti-Tigray hate propaganda is that there have been killings in different parts of Ethiopia and Ethiopians from other ethnic backgrounds were victims of it as well. The dominant view is that the killing has a lot to do with lawlessness, anarchy and ethnic-based hate. And when it comes to ethnic-based hate and bigotry, TPLF is criticized for putting in place the hub for it, ethnic politics. TPLF is even a harbinger for ethnic-based hate propaganda.

However, Tsadkan made some good points in his interview regarding the challenges facing Abiy Ahmed’s administration which represents change. Just like many Ethiopians have been saying in the past few months, he stressed the need on the part of the government to draw a line between peaceful political protest and a criminal activity by armed groups. That situation is putting the country in danger, he remarked.

The difference within the TPLF is also highlighted in the interview. A minority faction seeks to reform TPLF and support the ongoing change, according to Tsadkan. The youth and elites in the region as well have interest in the reformation of TPLF and making it part of the change in Ethiopia.

Meanwhile, TPLF commemorated the sixth anniversary of the death of Meles Zenawi. A panel discussion was organized in Mekelle today with the motto “The Legacy of Meles Zenawi and Ethiopia’s journey of Renaissance.” Key and unpopular TPLF power elites like Sebhat Nega, Abay Tsehaye and Debretsion Gebremichael were among the participants.