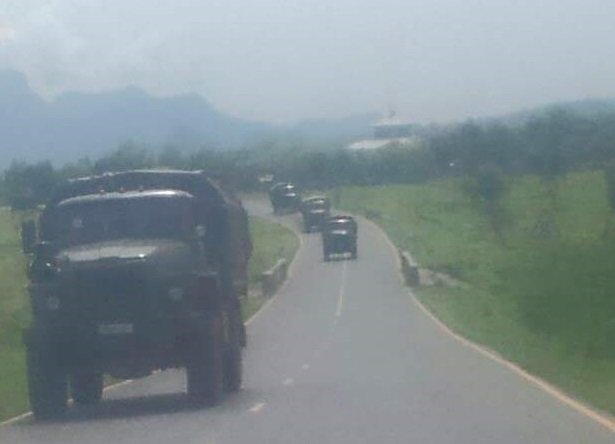 Ethiopian troops are reportedly withdrawing from areas bordering Eritrea. Eritrean Press cited what it called “unnamed” sources in Ethiopia to report that troops in Shiraro front, south-west of the border town of Bademe.

It has also withdrawn from the border town of Badme itself, which the boundary commission, established by Algiers Peace Agreement, awarded to Eritrea, and which Ethiopia refused to give up until early June – when the 36 members executive committee of the ruling Ethiopian People’s Revolutionary Democratic Front under the chairmanship of prime minister Abiy Ahmed decided to accept the Algiers peace agreement in all its forms including the decision on Bademe.

Military convoys (Ural-43206) were seen carrying Ethiopian troops, and apparently moving south, according to the source.

Lt. General Berhanu, deputy chief of staff of the Ethiopian Defense Force (EDF) who also heads military operations, is quoted by EP as saying “moving military forces stationed in border areas in the Ethiopian regions of Afar and Tigray is not the decision of the military, but the government.”

Eritrea reportedly withdrew its troops from the border are sometime in mid-July, following a peace deal initiated by Prime Minister Abiy Ahmed’s government.

The governments of Eritrea and Ethiopia have not officially disclosed that they have withdrawn troops from the border area. Ethiopian state media or Eritrean media have not yet reported about it.

The relation between Ethiopia and Eritrea is not just in a state of normalcy after an agreement reached on the end of the state of war when Prime Minister Abiy and his colleagues visited Eritrea but also it is moving along the line of close cooperation in the realms of security, political and economic relation.