Tesfaye Urge, head of Anti-terrorism Task Force in the National Intelligence Service denied bail due to alleged involvement during the June 23 attack 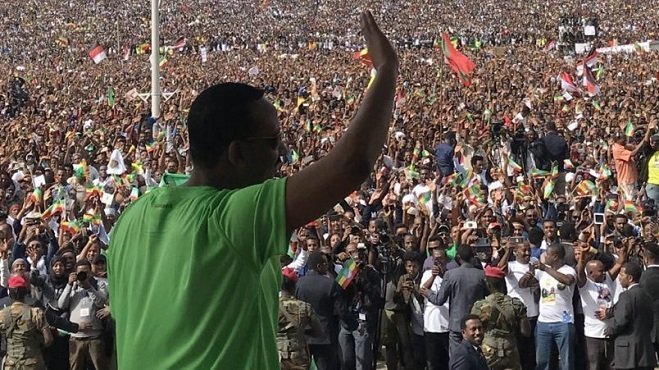 An Ethiopian Federal Police detective say Tesfaye Urge, one of the top authorities in the National Intelligence and Security Agency (NISA), has coordinated and led the grenade attack on June 23 during a support rally at Meskel Square in the capital Addis Ababa. He was the head of the Department for the Anti-terrorism Task Force with NISA.

Mr. Tesfaye is also implicated for involvement in connection with violence, mostly ethnic-based, in different parts of the country. Police says Tesfaye has made financial and weaponry arrangements, seemingly for those who led or initiated violence in different regions.

The federal police detective who appeared at First Criminal Court Bench told the court that actors on the grenade attack on June 23 reside both in and outside of the country and that Ethiopia is working with countries where the suspects reside.

Following an attack by the Somali Special Forces on civilians in Jijiga, Kebri Dehar and other towns in the region, there has been a rumor that perpetrators of the attack fled to neighboring countries like Djibouti.

The Federal police department has already got a court order to detain suspects, according to a report by pro-government media – Fana Broadcasting Corporation.

Meanwhile, Girma Kassa, who was deputy-commissioner of Addis Ababa Police and arrested following a grenade attack on alleged grounds of creating gaps that compromised the security of many protestors during the June 23 rally, is given a bail right yesterday. He needed to get a 15,000 Ethiopian Birr bail bonds to get out of prison.

Two people were killed and more than 100 were wounded due to the grenade attack.