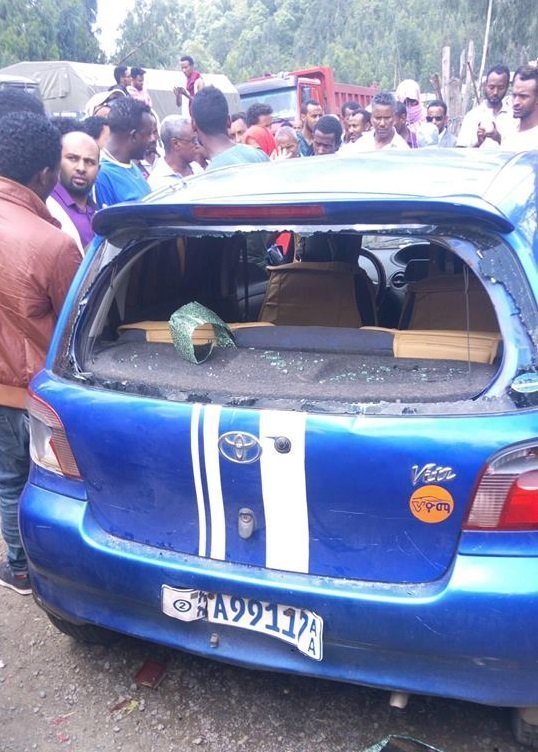 A youth group in Dessie, which is some 400 kilometers north of the capital, reportedly foiled what looked like a political abduction of a person who was recently released from prison following the government’s amnesty of political prisoners.

The person, who the sources did not name, was tied and in a blue Toyota vita vehicle with a plate number (code 2) A99117 AA which apparently draws suspicion and was later followed by a group of youth in Dessie.

The alleged abductors, says a report by Mengistu Zegeye, an active activist and a lawyer by profession based in the city, escaped using another vehicle which caused road closure between Dessie and Kombolcha, 23 kilometers south-east of Dessie, for hours.

Apparently, the road was apparently closed by the youth group and the authorities in Dessie had to approach them to reopen it.

Translation of what Mengistu Zegeye wrote on his page partially reads, “Woyane [that is a reference to TPLF] used to abduct brave youths from Dessie. Today, it tired to, in coordination with Yekene Jib [literally daytime Hyena but denotes corrupt elements], abduct a man who is believed to have provided evidence for a corruption case in a broad daylight at a point of gun. ”

The abductors, added Mengistu who cited youth groups from Jemmie area as a source, fled after they were picked by a vehicle that was escorting from behind.

Government media outlets have not yet covered it. Wazema Radio, which is believed to have sources from Ethiopia, has reported today that road between Dessie and kombolcha was closed for hours following an abduction attempt of a man by unidentified people.