Eritrea names the minister for education as Ambassador to Ethiopia 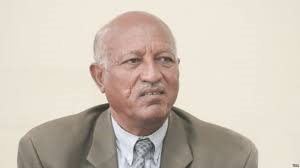 Eritrea named Semere Russom (pictured) as its ambassador to Ethiopia, according to a report by Eritrean Press. Mr Semere has experience in diplomacy as he has served his country as an ambassador to the United States and Canada, based on information from the source.

In Eritrea, he has experiences as mayor of Asmara, Eritrea’s capital,and minister for education. And he will be retaining his ministerial portfolio while working as Eritrea’s ambassador to Ethiopia, according Eritrean Press.

Eritrean Embassy was reopened in Addis Ababa last week as the Eritrean president was wrapping up a three days working visit to Ethiopia where is was given a warm reception.

Ethiopia named this week Redwan Hussien, who was serving as ambassador to Ireland, as Ethiopian Ambassador to Eritrea. However, Ethiopia is yet to open its embassy in Asmara.

The relationship between the two countries in not just restored to normalcy but is transforming to something else. Families who have been separated for well over twenty years are reuniting and Ethiopians have started travelling to Asmara for a visit meeting old friends.

On July 18, Ethiopian Airlines started flying to Asmara and is expected to have daily flights to Asmara.