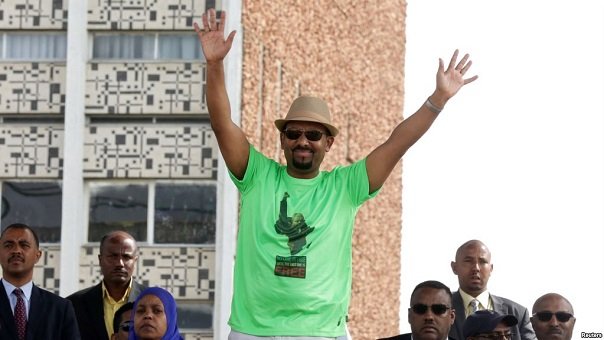 It had been reported by citizen journalists that Ethiopian prime minister Abiy Ahmed is traveling to the United States sometime in August. It turns out he is actually traveling at the end of this month, on July 28, 2018, to be exact.

According to information from the Ministry of Foreign Affairs, the prime minister is traveling to the United States for the sole purpose of holding a discussion with Ethiopians. The voice of America has also reported on it citing “Abiy Committee” that is operating in Addis Ababa.

The sources added that he will be holding discussions with Ethiopians in two US cities: Washington DC and Los Angeles. And the meeting is open to all Ethiopians and Ethiopian-Americans.

The motto of the trip is “Let us demolish the wall between us. Let us build a bridge between us.”

The Ethiopian community in North America, as is the case elsewhere, has been divided along political, religious and sometimes ethnic lines.

Besides, the United States has been the support base for Ethiopian opposition and has been a challenge for the Ethiopian government.

The prime minister is also said to have a plan to hold a discussion with Ethiopian Orthodox Church prelates based in the United States as part of an effort to end the schism between the patriarchate. Some went to the extent of claiming that he is intending to return the fourth patriarch of Ethiopia, who was allegedly compelled to leave Ethiopia due to political pressure from Tigray People’s Liberation Front, along with him.