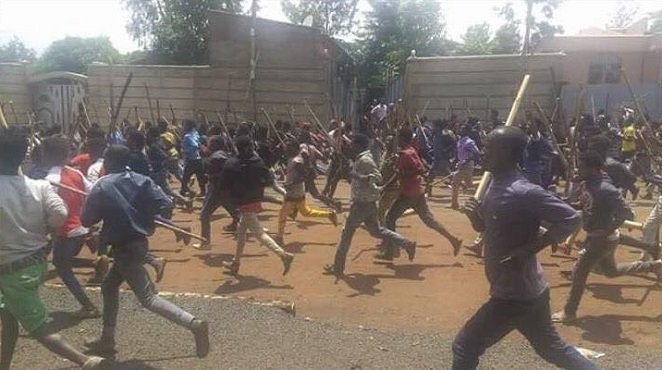 A fresh ethnic-based violence in Asossa town of Benshangul Gumuz region in western Ethiopia left at least eight innocent civilians dead. Nearly fifty people are reportedly wounded and it is feared the number of dead could rise.

The regional police claim to have arrested about 30 in connection with the deadly incident.

But there seems to be no clarity as to what causes it.

VOA Amharic service cited residents from Asossa to report that organized youth attacked intermingled communities and destroyed property. Law enforcement bodies from the region were reportedly unwilling to protect communities that were targeted by the attack. It was after the intervention of the federal police that calm is restored to the town.

Ethiopian government media (EBC) reported earlier today that the violence that caused instability in the town for the last three days was sparked by a fight that involved two individuals and was later transformed into an ethnic-based violence.

In a related development, there has been violence in Kemissie special zone of Amhara region. Ethnic Tigray business communities in Bati town were attacked by groups whom the alleged victims describe as “they do not look like from the town of Bati,” according to an account by Jewelry store owner who happens to be from ethnic Tigray. Chairman of Arena, ethnic Tigray party, Abraha Desta, told VOA Amharic that one person from ethnic Tigray is reportedly killed but not confirmed. The source also added that a hotel that belonged to a person from ethnic Amhara was attacked by protesters.

Government communication ministry called upon Ethiopians yesterday to be vigilant as the forces, says the ministry, who caused the grenade attack on June 23 could plan another provocation in different parts of the country. An estimated four million people showed up at Meskel square to demonstrate support for the new prime minister and his reform agenda.

Political analysts tend to think that TPLF old guards who have lost power are employing the resource they have been looking to manufacture ethnic-based violence across the country so as to create a total crisis to justify resort to military action to avert prime minister Abiy Ahmed’s reform agenda which has earned him popularity across the country.