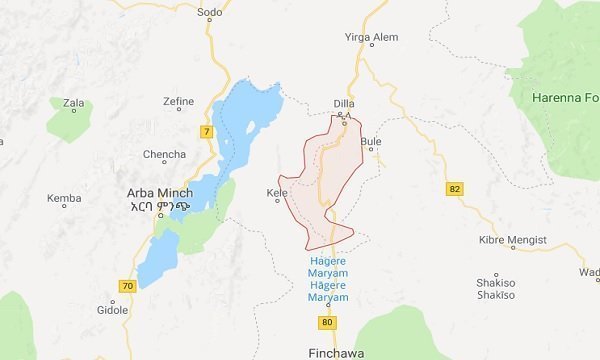 Although there have been improving political situations Ethiopia, community based attacks and division still seem to pose a great threat to Ethiopia so much so that international human rights group like Amnesty International noticed the situation and called on the government to end the situation.

Resurgent ethnic based violence between Guji Oromo and ethnic Gedeo reportedly left as many as 75 people dead in seven localities of which nine are women. The violence has been going on for well over a week now and the nature of the attacks is reportedly horrifying. Apart from from fire arms, machete and spears are used in the violence.

Ethiopian media outlets confirm the news but the exact number of causality and as to what caused the violence is not known. There is no indication or report from government media if government has started investigating the causes of the violence.

Meleskachew Amha, a reporter to Voice of America Amharic service, reported today close to 100 people are dead in districts adjacent to East Guji (Oromo), West Guji (Oromo) and Gedwo zone which is located in the administrative region of Southern Ethiopia.

The conflict has caused for the displacement of hundreds of thousands of residents from the region and chronic humanitarian crisis. The two ethnic groups have history of violence in the past.

In May 2018, UN Office for the Coordination of Humanitarian Affairs assessment indicated at least 274,548 residents in Guji zone which is located in Oromo region in the country were displaced to Gedeo zone which is in the Southern Nations, Nationalities, and People’s Region (SNNPR). Over 4,000 houses were burnt down.