Prime minister confirmed Andargachew Tsige will be released next week

Andargachew Tsige, leader of an Ethiopian opposition movement, Patriotic Ginbot 7, who was abducted from Sana’a international airport while in transit to Eritrea, will be released next week. He will be released along with some unnamed investors who are behind bards.

Yesterday prime minister Abiy Ahmed who ended the speculation during a consultative meeting with Ethiopians of Tigray origin at the National Palace by unveiling that Andargachew will be released sometime next week.

Abiy Ahmed is cited as saying that Ethiopia did not benefit from arresting Andargachew Tsige other than losing billions of dollars from donor countries like the United Kingdom. Andargachew has a UK citizenship and the UK government has been demanding for the release of Andargachew for several years now.

Andargachew has been held in a solitary confinement since he was abducted in June 2014 and Ethiopians around the world have been demanding for his release. 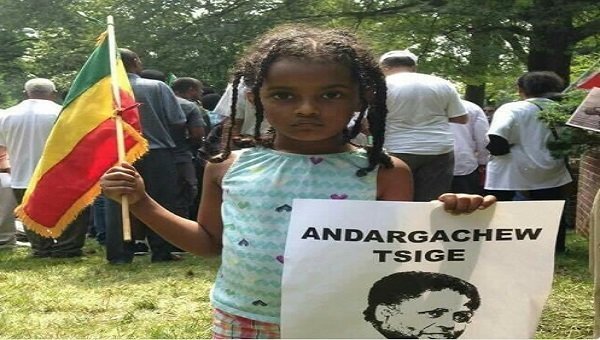 Campaigns to secure this freedom is one of the issues that has been making headlines among Ethiopian and international media outlets.

Last week, Meskerem Abera, a notable activist and an educator based in Ethiopia, launched a successful three days of “free Andargachew Tsige” cyber campaign which was joined by Ethiopians living abroad.

The release of political prisoners is part of the new government reform measures to “promote” reconciliation and national unity in the country.

Apart from the release of Andargachew Tsige, Abiy Ahmed also unveiled his plans to exhume remains of Ethiopians who were beheaded by ISIS terrorists in Libya and were buried in Egypt when he travels to the country next week for an official visit which was initiated by Egyptian president Abdul Fetah al-Sisi. The remains are reportedly to be laid to rest in Ethiopia in a dignified burial ceremony.

In the past three weeks, Abiy Ahmed negotiated and secured the release of more than two thousand Ethiopian prisoners from Kenya, Sudan and Saudi Arabia.

The release of Andargachew Tsige will certainly earn him respect although some critical voices warn that the release of political prisoners, who should not have been in prison in the first place, is not tantamount to change.