A statue of Emperor Tewodros inaugurated in Debre Tabor 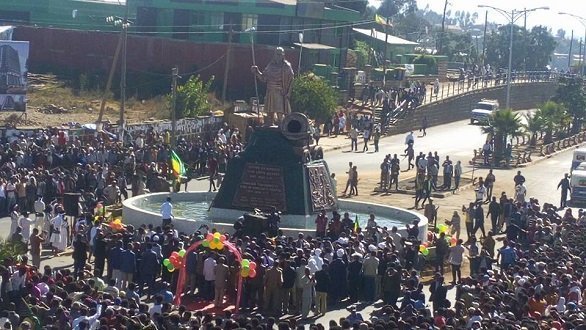 A statue is inaugurated in Debre Tabor, in North Western Ethiopia, for one of Ethiopia’s brave and most selfless emperor , Tewodros II.

Kassa Hailu, later Tewodros II, rose from a humble beginning in Quara,Gonder,, as he indicated in some of his letters “God raised me from the dust and crowned me in the throne of my fathers” , to assume the task of unifying Ethiopia, torn apart by contending feudal lords at the time. He waged numerous war against feudal lords and never lost a single battle , and was finally crowned as emperor Tewodros II at Deresgie Mariam.

Tewodros became a research subject for many historians, foreigners and Ethiopians alike, and the common finding is that he was the most visionary Ethiopian leader who was well ahead of his time.

His social,political and economic reforms were progressive for the time.