Confidence and Trust building in Somali Oromo conflict to go hand in hand with returning those displaced due to the conflict, according to government authorities 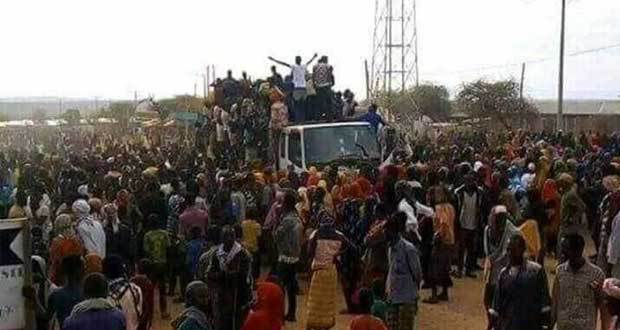 Oromo speaking Ethiopians, who are displaced from Somali-region following a deadly conflict along the Somali and oromia regional state “borders”, are to be returned to their places in the Somali region. It seems that the decision came from the Federal government.

Chinese news source, Xinhua, cited Mitiku Kassa (Commissioner of Ethiopia National Disaster Risk Management Commission (NDRC)) to report that the repatriation process is going to be concomitant to “peace conference” which is considered by the government as “Trust and confidence-building measure.”

The administration in Oromo region issued a statement in the last two weeks for Oromo speaking Ethiopian studnets in Jijiga University, which is in Somali region, to standby as there is a prospect for the students to pursue their study in other universities in the country due to what the statement described as “a concern” for the safety of “Oromo students.”

Dr Negeri Lencho, Minister of Ethiopia Government Communication Affairs Office (GCAO), on his part said that Ethiopia’s defense forces and police will be deployed in the conflict areas which stretches 1500 kilometers between the two regions.

In unprecedentedly large scale ethnic-conflict in the history of Ethiopia, at least fifty Oromo speaking Ethiopians were killed and hundreds wounded due to the conflict between the two regions.

Opposition politicians see a TPLF archestrated plot in the conflict. Yet, there are also politicized Ethiopians in social media who tend to think, while not dismissing the view that TPLF might have a hand in the conflict, that ethnic-radicalism has reached to a point where it can cause deadly conflict and are not surprised by the somali-oromo conflict.
__
Join the conversation. Like borkena on Facebook and get Ethiopian News updates regularly. As well, you may get Ethiopia News by following us on twitter @zborkena