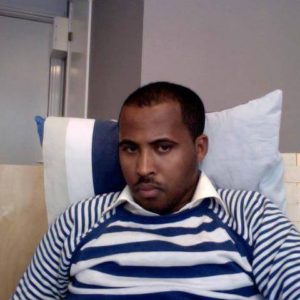 It’s true that it has been 43 years since we have been under the ruthless communists, immense suffering and innumerable human rights violations. Over the last 43 years, millions of lives have been lost to racism and millions of others have been displaced, from their place of birth, because they have been perceived as ‘other’ in relation to those chasing them.

Not only this, the ongoing genocide of Amharas in Benshangul Gumuz, South-western Ethiopia, and all other places is not a separate incident, but part of the genocidal politics of the ethno-nationalists that has been perpetuated over the last 43 years. All communist separatist groups of the 60’s and 70’s have been formed based on the notion that the Amharas should be decimated from the earth’s surface for the separatists to get their “freedom”.

The genocide and killing targeting certain ethnic groups in Ethiopia is going on because those conducting the genocide and the killing don’t believe that “the others” who don’t belong to their ethnic group are not human beings and don’t deserve a right they enjoy. THIS IS THE DRIVING FORCE BEHIND THE HEINOUS CRIMES COMMITTED AGAINST THOSE DEEMED TO BE OTHERS. Had the culprits believed that the “others” are human beings equal to them, they couldn’t have treated the way they do.

It is this belief of the ethno-nationalists that the Amharas are not human beings just like them that has enabled them to live in so much peace with the heinous genocide they are committing against them over the last two decades. It is this set of belief that makes the question of human rights of the Amharas less relevant to Ethiopia’s ethno-nationalists because they are dealing with something that is not exactly as themselves. After all, if the Amharas are not human beings for them, there is no question about human rights. It is this sickening and saddening truth that makes the ethno-nationalists and communists to live with no moral doubts.

The very deep rooted belief in the Ethiopian ethno-nationalists camp that the Amharas are not human beings just like them has created a moral blindness to live in peace, without any moral dilemmas. This is that is climaxed in the current round of genocidal war against the Amharas in Illubabor and Benishangum Gumuz.

____
Send submissions and pitches to editor@borkena.com