Currently in the United States for medical treatment,Habtamu Ayalew recounts horrifying experiences of political prisoners in the notorious torture chamber in Ethiopia, Maekelawi 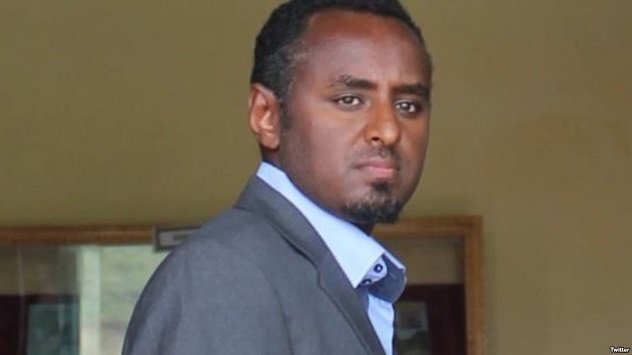 Habtamu Ayalew was one of the few very vocal and determined leadership of Unity for Democracy and Justice party – an opposition party which many Ethiopians regarded highly in the struggle against western backed minority ethnic chauvinist totalitarian government.

Just like Birtukan Mideksa, probably the first female opposition leader in Ethiopia who was also leader of Unity for Democracy and Justice, Habtamu Ayalew was thrown to Maekelawi prison on trumped up charges. Before joining UDJ, he worked with and for the regime in the hope of bringing about change from within. When he learned the hard way, many Ethiopian seem to be believe, that the regime in Ethiopia has a fundamentally anti-Ethiopian agenda with a focus to enslave Ethiopians for the minority ethnic group that it represents, Tigray, by way for not only creating wealth but also by creating a generation with slave mentality, he left the youth wing of the ruling party for good. After sometime as an activist with Addis Ababa Youth, he joined UDJ and excelled very well so much so that the regime considered him to be a threat and had to throw him to Maekelawi.

In the audio clip below, he reveals,noticeably uncomfortably, unimaginably cruel tortures in Maekelawi. He didn’t reveal it all on grounds that the degree of vice that the regime commits on inmates defies not only the religious norms of Ethiopian but also the cultural norms and values. That part, he left it for our imagination.

Habtamu Ayalew, like other inmates in Maekelawi, suffered from torture – which caused his medical condition. There had been a cyber campaign by Ethiopian to pressure the regime in power in Ethiopia to grant Habtamu Ayalew exit visa so that he could get much needed medical treatment in United States.

____
Join the conversation. Like borkena on Facebook and get Ethiopian News updates regularly. As well, you may get Ethiopia News by following us on twitter @zborkena