Adwa is indivisible;not a material for ethno-nationalists historical revision 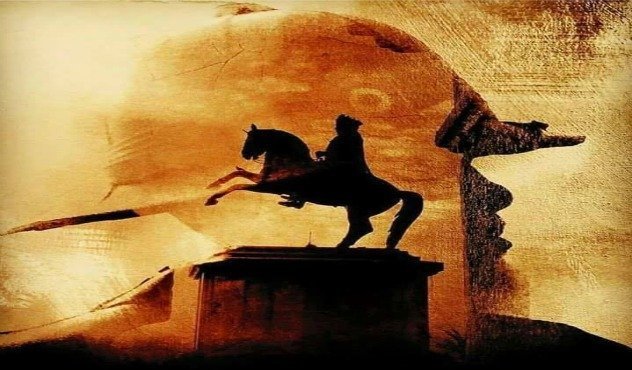 Adwa is a remarkable African heritage, not just Ethiopian. What made the victory possible, needless to say,among other things, was the unity of Ethiopians behind the cause of Ethiopia – which is freedom and independence.

In spite of political motivations,by different groups, at times to undermine the victory of Adwa itself and at other times to delink it from the visionary and exceptional leadership of Emperor Menelik, no single relevant historical evidence is available in the service of those who want to mount change to Adwa through historical revision.

What would have happened to the history of Adwa victory had there not been a plethora of indisputable historical evidence is clear; it would have been perverted by ethno-nationalists in a way to serve ethnic politics as in the case of other historical facts,events and processes.


Yet, the attempt is there. Since last week or so, we have seen relentless effort to manipulate Adwa history.

TPLF cyber mouthpieces, the Horn Affairs website owner Daniel Berhane comes to mind, endeavor to come up with a narrative of the victory in a way to glorify Tigre ethnic identity so much so that he seem to think that it would not have been possible without them.

Radical Oromo ethno-nationalists on their part seem to feel that their agenda setting habit in Ethiopian cyber politics and,more importantly,propaganda against Emperor Menelik, who is -in their eyes- responsible for every thing that is wrong under the sun, is disrupted by positive conversation about Adwa. Since it is practically impossible to trivialize Adwa, their approach to the conversation primarily takes a form of injecting ethnic sentiment to Adwa victory. So, for them, the victory is entirely a gift of Oromo horsemen.

We have also seen, at least one, “progressive” activist who ventured to historical revision of the battle and its outcome. The upshot of his “progressive and philosophical” inquiry into it is that it was merely a “matter of chance and coincidence.” But this same narrative didn’t show us if the cause of the battle – Italy’s colonial ambition over Ethiopia- is a coincidence,too, not to mention as to how national military planning on the part of Ethiopia could be a coincidence.

The appetite to ransack history in the service of ethic politics is as old as, it is safe to say,TPLF power politics. But ethno-nationalists from the North and from the South need to need to know that Adwa is not a good material to produce nonsensical ethno-nationalist narrative.

From the point of view of Ethiopians who do not subscribe to and not intoxicated by ethnic politics, Adwa is whole. It is indivisible along ethnic lines. It took the determination and leadership,at different levels, of notable Ethiopians from all parts of Ethiopia to win the decisive battle. This is the very reality that they need to come to terms with. The least we ask, as we celebrate Adwa, is – hands off Adwa victory.

Editor
Graphics : Social Media
__
Join the conversation. Like borkena on Facebook and get Ethiopian News updates regularly. As well, you may get Ethiopia News by following us on twitter @zborkena