Ethiopia : Ministry misinformed a generation for a decade about Ras Dejen Mountain 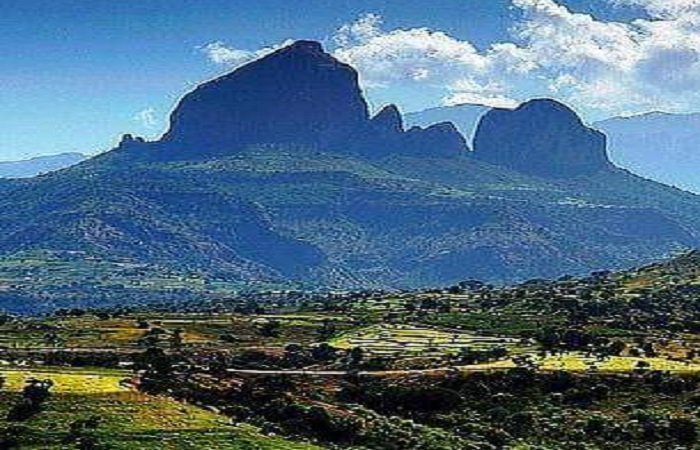 Toronto – With no doubt,one of the most popular tourist attraction in Ethiopian is Ras Dejen mountain – a part of Semien mountain Massif in Gondar province of Amhara regional state, North Western Ethiopia.

Standing 4550 meters high above sea level, possibly the hardest thing for one to mistake to mistake its location even for tourists.

This weekend, something unexpected is heard. State Television broke news that Ministry of Education apologized for misinformation that has been part of student texts books, it has been part of the curriculum for more than a decade, about the location of Ras Dejen mountain.

Text books at the elementary and high school levels used wrong information and map that depict the location of Ras Dejen as part of Tigray.

A generation in the entire country used grade 6 English and grade 10 Civics and Ethical education student text books for well over a decade.

For the past couple of days the issue caused heated debate in social media. Absolute majority of Ethiopian activists do not seem to see it a mistake at all. It was deliberately done as part of a strategy to achieve political goals to benefit Tigray at the expense of Amhara, as in the case of the rest of the country. This group points to what they believe is internal expansion agenda of Tigray under the ruling TPLF to justify that students were deliberately misinformed for political purpose. Some even go further and produce evidence, map, in which a very long stretch of land along the Ethio-Sudanese border including Benshangul and Gambella is mapped as part of Tigray.

Timing of the apology is another point that seem to have convinced those who do not believe that wrong information in the texts was a mistake. Indeed, it came at a point when Ethiopia is in unprecedented political crisis and one of the issue that triggered popular protest in Gonder and the rest of Amhara relates to Wolqaite- a region that used to be part of Gonder before the ruling Tigray dominated government took power. The peaceful movement caused by Wolqaite question in the region seem to be brutally suppressed after Hailemariam Desalegne ordered deployment of defense force. Hundreds are killed. Thousands are led to detention centers. But the question is of Wolqaite undoubtedly haunts the ruling Tigray elites, even more aggressive, here after. Seen from that point of view, admitting “mistake” that misinformed a generation is irrelevant from many compared to the question of Wolqaite.

For a few activists however, entirely from Tigray region, the “mistake” is honest and has a lot to do with text book production department in the ministry- explanations rather appear murky for many detractors of this group.

A video (below) commercial prepared by Tourism commission (state agency) located Lalibela as part of Tigray too. This is not explained yet. Activists who argue that Tigray elites are employing a combination of tricks and heavy handed brutal repression strategies to achieve Tigray expansion agenda, as in Wolqait or Ras Dejen, tend to see the commercial video as an evidence that reinforces the view that Tigray elites are implementing their expansionist agenda.

Activists from Tigray seem to see the video,too, as an honest mistake.