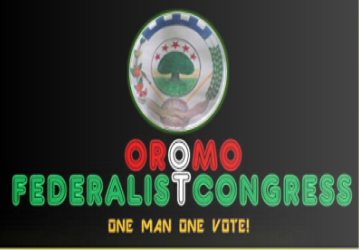 Noting that the uprising in Gondar came eight months after what the statement called “Oromo Revolution”, it stated that while the goverment is expected to address  legal identity question or any other demands related to rights and freedoms in a legal and constitutional manner government itself is violating the constitution and causing chaos and instability in the country.

Along that line,  the statement condemned illegal violent action against the people, called for the release of illegally detained prisoners of conscience and for independent inquiry into the victims (dead and injured) of the regime in power in the last eight months.

The statement added that  the government in Ethiopia  is “fascist” as it has imposed fascist administration on all Ethiopians for nearly twenty five years.

The statement emphasized that there is no option for Ethiopians other than to work together if the fascistic regime is to be overthrown.

Oromo Federalist Congress is one of opposition parties in Ethiopia with strong support base.