Ethiopia : All Haile the King

Boasting a near 25-year career, Geb’s longevity at the top is unsurpassed in the modern age 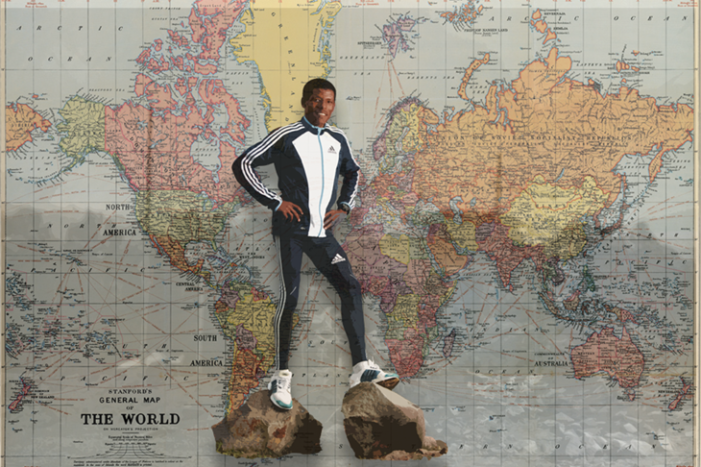 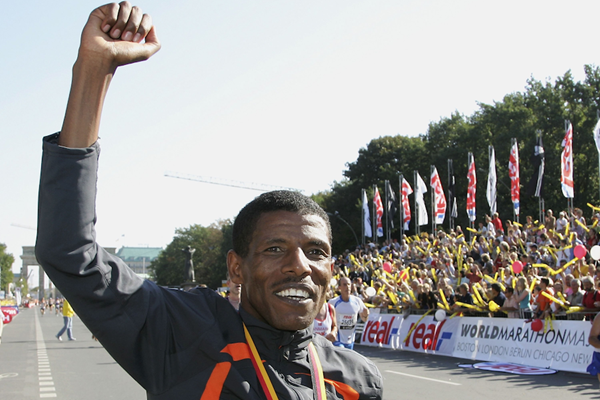 PROLIFIC: Geb won the Berlin Marathon every year for four years between 2006 and 2009, a feat unmatched before and since 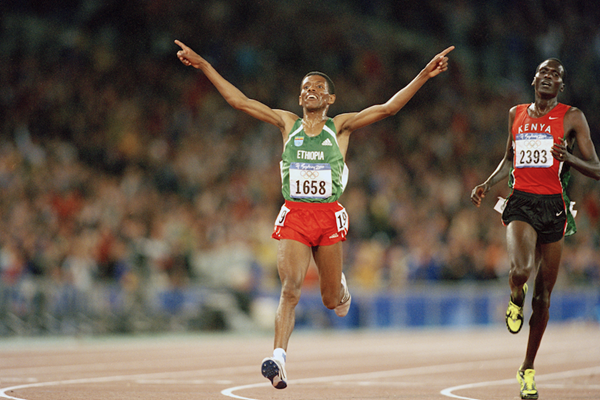 Following Haile Gebrselassie’s announcement that he is retiring from competitive running, we give you ten reasons why the Ethiopian distance icon will forever be known as the King.

Boasting a near 25-year career, Geb’s longevity at the top is unsurpassed in the modern age. Since bursting on to the scene as a gifted teenager, winning the 5000m and 10,000m double at the 1992 World Junior Championships, he has remained a world-class performer through an incomparable period of success spanning several generations.

It was Geb who said: “A day without running is like a day without eating.” Few athletes have embraced the sport with such pure unadulterated love than the Ethiopian legend. Rising to run every day at 5.30am, he has long promoted the value of exercise and inspired many around the world to get off their behinds and start running.

“I’m not motivated by possessions or money,” he says. “I just love running. I do lots of things, but nothing compares to running.”

Not only a champion head-to-head performer, Geb also proved himself as the master of time. In all he smashed an incredible 25 world records in his career over a huge range of distances, ranging from the 2000m (indoors) to the marathon. Today he still holds the world best for the 20,000m and one-hour race.

Of all his performances, he rates smashing Moses Kiptanui’s 5000m world record by nearly 11 seconds in Zurich with a time of 12:44.39 as his finest. “That was amazing,” he says.

A world indoor gold medallist over 1500m and world record holder in the marathon, few athletes have been able to excel over the same range of distances as Geb has.

His career is divided into two distinct phases: his track years, which he dominated until the rise of his countryman Kenenisa Bekele; and his later years, when the road and the marathon became his domain.

The greatest barometer of any athlete’s career is major championship medals, and Haile Gebrselassie’s record was phenomenal. Combining indefatigable endurance with a killer kick finish, the Ethiopian was the prototype track athlete.

One of only four men in history to win back-to-back Olympic 10,000m titles (in Atlanta 1996 and Sydney 2000), he also bagged nine senior world titles during his illustrious career, including four successive world 10,000m crowns between 1993-1999.

As a self-confessed fan of Mr. Bean, Geb has always appreciated the value of humour. One moment SPIKES will never forget took place in California some years ago when he produced a moment of choreographed slapstick that would do Rowan Atkinson proud.

Running on a treadmill, the Ethiopian turned the speed to maximum to show off how fast he could run, before abruptly stopping to allow the rapidly moving treadmill to spit him backwards. It would be a heart in mouth moment for most, but not for Geb, who landed safely on two perfectly balanced feet.

Famously dubbed “the smiling assassin”, no athlete on earth has a more recognisable grin than Gebrselassie. His trademark megawatt smile is never far from view whether in victory or defeat.

Few African distance stars have held such genuine global appeal as the Ethiopian maestro. Revered all over the world through a combination of his achievements and magnetic personality, Geb could leave any audience rapt by his ability to connect to people.

Geb has not only proved himself as a champion runner but also as a master businessman. Through his company Haile & Alem International PLC, he now employs more than 1,000 people and boasts a business portfolio that includes real estate, hotels, coffee plantations and car importation. He has also announced via Twitter that he plans to run for public office.

As diverse as his business interests are, there is one thing that ties them all together, and that is running.

“I could not run my business without running,” he explains. “If I have a problem in my business, I don’t sleep on it, I go for a run. And by the time I have finished running, I have thought of a solution.”

Gebrselassie has never been one to shirk a challenge. He’s won many races, but also lost his fair share, too. He did not conquer every challenge – he struggled with asthma competing at the London Marathon and his style was not suited to cross country – yet his consistent ability to put himself on the line against the best was extraordinary.

Yet just because his competitive career is over that will not spell the end of Gebrselassie’s running. Oh no.