Ethiopia : Victims of ISIS named Martyrs by the Ethiopian church 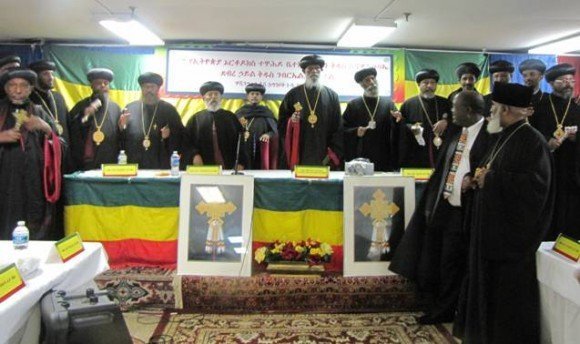 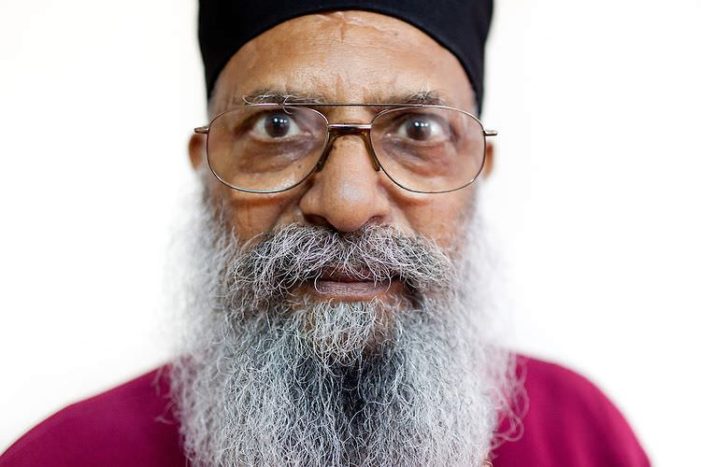 Abune Mathias - Patriarch of the Synod in Ethiopia.

The decision by the highest body of the Ethiopian Church – also known as Ethiopian Orthodox Tewahido Church – was reached at the conclusion of annual meeting of the Holy Synond in California, according to report by Ethiopian Satellite Television (ESAT).

Ethiopian Christians, whose horrifying murder for being Ethiopian Christians caused a movement like great spiritual inspiration in Ethiopia, are designated by the Holy Synod, whose head is his Holiness Abune Merkorios, as “Ethiopian Martyrs in the land of Egypt.” It also known that their refusal to renounce their faith in the face of death is to be included in scriptures ( Sinksar).

When 21 Egyptian Christians,mainly from the village of Al-Aour,in Egypt were murdered by ISIS in February of this year, Egyptian president, apart from launching retaliatory air strike in ISIS positions in Libya, promised that he will build a church for relatives of victims in the town of Al-Aour.

Egyptians church ,which is similar to the Ethiopian Church in a lot of ways, considered victims of the ISIS massacre in Libya as Martyrs.

Why is it that the Ethiopian church is based in the Diaspora?

In the Church tradition, as in the traditions of sisterly churches, it is the holy synod that selects the patriarch in a spiritual process. Abune Merkorios ,who is based in the US,is the fourth Patriarch of Ethiopian Church. And the Church canonical tradition underscores that a patriarch serves church until the end of his life and no other patriarch can not be selected while the patriarch already selected is alive.

The Ethiopian Church became a victim of political development in the country when the then guerrilla groups took over power in 1991. In a clear move to have a firm political grip on the Ethiopian church, the then president of transitional government – the late Meles Zenawi- mobilized his political power to compel the patriarch leave the country and masterminded the appointment of a man, who was later known to have supported the guerrillas in their struggle while he was in the diaspora, from his home town Adwa as a new patriarch under the name Patriarch Paulos and the church completely came under the control of the government.

In an apparent conviction, partly to observe the canonical tradition of the church and partly resent imposition of political order on spiritual matters of the Ethiopian church, the fourth patriarch of Ethiopia and other bishops who were compelled to leave the country, as witnessed by the former prime minister Tamrat Layne, continued the tradition of the church in exile.

Meditation effort to restore the holy synod in its seat in Addis Ababa up on the death of Patriarch Paulos, which happened in a matter of weeks after the death of Meles Zenawi, met with a dismissive politically motivated decision by the ruling party (TPLF).Patriarch Paulos was from the home town of the late Prime Minister Meles Zenawi.

After much wrangling and resistance, the ruling party,through process within the Synod at home, managed to install Abune Mathias as patriarch who proved to be rather politically loyal and over submissive to the regime in power. Abune Mathias, Like abune Paulos, is from the ethnic base of the ruling Tigray Peoples Liberation Front (TPLF)

Division of the Ethiopian Church is something that Ethiopians lament about and there does not seem an end in sight for the end of political interference on the affairs of the church.