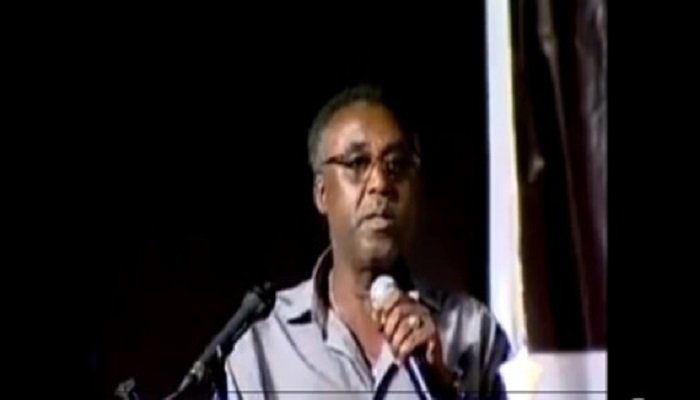 Getnet Eneyew got Ethiopians on social media talking. Furious and bold, Ethiopian Artist Getnet Eneyewu blatantly looks inward and laments tragedy in Libya in his poem which he read out in the presence of Ethiopian high ranking officials.

He seem to think that we let things happen – and spoke out against parochialism and greed.

For a long time, Getnet was one of the Ethiopian artists who are criticized for their collaboration with the regime in power in the business of image building propaganda which, evidently, the regime does not seem to succeed in creating one. One clear evidence for that is that the government has still to employ coercive measures and wide spread repression both regional state level and in the seat of the Federal government – Addis Ababa.

It remains to be seen if other Ethiopian artists follow suit and start speaking out against governance failure – which in some cases seem to be not only a matter related to problems of efficiency and capacity but also consequences of political mission of the ruling party.

Quite a number of Ethiopian artists still work with the regime to the extent that they even sound like they have conviction in supporting the regime.