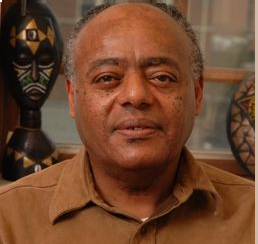 The 119th anniversary of the victory of Adwa has generated among some groups in the Ethiopian diaspora a renewed debate over the meaning of the southern expansion. Spearheaded by Menelik, the Ethiopian state accomplished the momentous achievement of doubling its size by expanding into what is now the southern part of Ethiopia. Basically, three opposing interpretations feed on the debate. Was the march into the southern part of Ethiopia a colonial conquest, an expansion, or a re-appropriation of lost territories? The purpose of this article is to examine the three positions with the view of showing their respective strengths and weaknesses. In many ways, this article is a summary of the first chapter of my book, Survival and Modernization, in which I conduct an exhaustive appraisal of the theorizations of the southern march.

Before critically examining the clash of the theses, it is important that we keep in mind the importance of the issue for today’s Ethiopia. Debating about Menelik’s southern march is not a simple curiosity about a past event with little relevance to current preoccupations. The issue pervades the present political situation of Ethiopia, just as it was one of the reasons that led to the revolution of 1974 and the subsequent overthrow of the imperial regime. The perceived injustice and unequal treatment over land ownership, as opposed to the northern gebbar system, epitomized in the slogan “land to the tiller,” has been the rallying cause that unified the opposition against the imperial rule. Since then the issue has been exacerbated by the failure to generate a modern and democratic state, which failure prepared the ground for the rise of ethnonationalist forces, notably of the TPLF’s policy to create ethnic zones. A process that could have been no less viable than the integration of Texas or California into the US now threatens the very existence of Ethiopia because its leaders were and still are unable to implement the most elementary steps of democratization. Let us begin with the most controversial thesis, namely, the alleged Ethiopian colonization of the southern peoples.

Mostly defended by ethnonationalist scholars of Eritrean and Oromo origins, the thesis simply maintains that the incorporation of Eritrea and the southern peoples into Ethiopia was no less colonial than the formation of British and French colonial empires. It used the same brutal methods and established a similar type of political, economic, and cultural hegemony for the benefit of one “non-native” ethnic group, namely, the Amhara. So stated, the thesis looks puzzling, to say the least, because of the obvious absence in Ethiopia of the main features defining European colonization. Being still a traditional society, Ethiopia did not have an expanding capitalist system in need of overseas satellite countries. Nor did the incorporation of Eritrean and southern peoples result in the establishment of a social barrier discriminating natives from “racially superior” expatriates.

These undeniable counter-facts could not but call for a specification intent on maintaining the thesis while adapting it to the Ethiopian context. Thus, because the European definition is not applicable to Amhara, who are neither racially “superior” nor historically and culturally alien to Eritreans, intellectuals of Eritrean origin based their main argument on the fact that an Eritrean autonomous state had existed after the decolonization from Italy. And since the internationally accepted principle is that colonial borders must not be contested, it is colonization to incorporate a country whose recognized status as an independent country results from decolonization.

As to Oromo ethnonationalist intellectuals, they added the specification that Ethiopian colonization was actually a dependent colonization. The lack of a capitalist system and the traditional nature of the Ethiopian society at the time of the expansion preclude any idea that Ethiopia, by itself, had the power and the economic needs to initiate and succeed the conquest of southern peoples. It had done so thanks to the military and diplomatic aids of Western countries so that it can be emphatically affirmed that Ethiopia colonized the southern peoples on behalf of colonial powers. In other words, Ethiopia was just a junior partner of colonial powers.

Be it noted that the thesis of dependent colonialism, unlike its Eritrean counterpart, maintains that Ethiopia fulfilled the racial criterion of European colonization. Both Amhara and Tigreans claim Semitic origins in addition to being Christian. They are thus racially and culturally different from the southern peoples, who are Cushitic and were non-Christian. Just like European colonization, the Amhara have imposed their language and culture; they have also appropriated southern lands and instituted a system different from the northern gabbar system, to wit, the southern system of tenancy.

Does the transfiguration of the colonial thesis into dependent colonization make it more convincing? It would have been so were not the transfiguration still based on flagrant distortions of facts. To consider Tigreans and Amhara as non-native to the region is, of course, an aberration. No less absurd is the suggestion that Ethiopia colonized southern peoples on behalf of European colonizers when it was itself the target of successive attempts at colonization by European powers. Whatever is the explanation, Ethiopia has frustrated these attempts, notably through the victory of Adwa that resulted in the international recognition of its state as independent and sovereign. Add to this that the Ethiopian context did not generate anything resembling the colonial distinction between metropolises and satellites. Even if the southern system was different from the northern one, it was not a satellization. On the contrary, in terms of economic advancement, the south benefited more while the north was almost marginalized.

The irony is that the defenders of dependent colonialism constantly underline that Ethiopians were not, in terms of civilization, more advanced than the Oromo. This is so true that the Oromo expanded at the expense of Ethiopia and even penetrated deep into Amhara and Tigre territories where they even acquired political supremacy, like in Wollo. Historians readily admit that the expansion of Oromo is the reason for the weakening of the Ethiopian state and the rise of what is known as the Era of the Princes. But then, Oromo and Amhara were contenders for the control of the region. Is not the reality of this contention dismissing the description of the Amara as alien to the region? What is more, how is the admission of rivalry for control compatible with the idea of colonization, that is, with the idea of an overseas conquest? The reality is that both were driven by expansion, the only difference being that, thanks to Menelik, the Amhara prevailed. The expansion and the resulting incorporation was, therefore, inspired and executed by indigenous forces. We have maybe a loser and a winner, but not a colonial subordination.

We know that the ultimate target of the thesis of the colonization of the Oromo and southern peoples is the dismantling of Ethiopia. Presented as a racially and culturally alien rule for the purpose of political domination and economic exploitation, Ethiopia should not have a fate different from the fate of British or French colonial empires. The only legitimate and feasible solution is decolonization and the acquisition of independence of the southern peoples.

Instead of directly contesting the colonial thesis, the TPLF came up with a convoluted alternative, which, short of independence, consists in recognizing southern peoples as full nations with the right to self-determination. The recognition of this right is accompanied by the offer to remain part of Ethiopia in a decentralized federal system in which the right of each nation to administer itself is fully recognized. Obviously, the TPLF did not propose this solution out of concern for the good of Ethiopia. It was meant to be a rallying proposal against the Amhara hegemony on the one hand and, on the other, a device to recruit ethnicized elites, the very ones that would develop shared interests with the TPLF. It also allows the implementation of a divided-and-rule policy that makes sure that these towed elites become unable to act in a concerted way. The upshot of all this is that the TPLF remains the sole arbitrator and decider, especially through the complete control of the repressive and armed forces of the state. In thus fragmenting the Ethiopian society while also claiming to be the sole holder of its unity, the TPLF does no more than play with fire: in baptizing ethnic groups nations, it has planted the seed of civil war and secession in the heart of the system in the vain hope of securing a perennial rule. [please click page 2 below the tagline to continue]