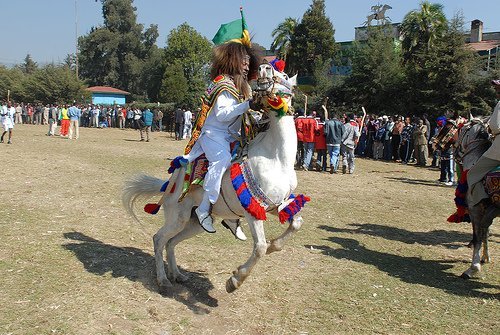 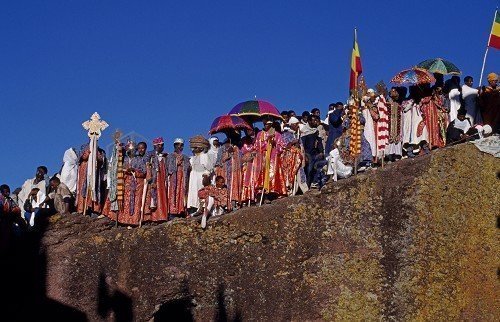 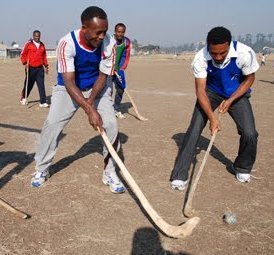 Ethiopian Christmas one of the most festive holidays in the country

Known locally as Gena (ገና), Ethiopian Christmas is one of the most colorful holidays in the country.

Apparently, Calculations of Christmas day within Catholic religious tradition is contested by Catholic pope emeritus Benedict XVI as he seems to believe that Anno Domini is based on miscalculations by Dionysius Exiguus. For Benedict XVI, the accurate birth of Jesus Christ predates the day which is widely and conventionally celebrated in the West (and within the Catholic traditions.)

The difference between The Gregorian Calendar and Ethiopian calendar is pronounced even in the way the twenty-four hours of a day are counted or in how a day beings or ends. In Ethiopia, the day starts when the sun rises early in the morning and day ends when the sun sets. Day hours count from one to twelve since sunrise. Similarly, night hours count from one to twelve from sunset to dawn.

As a country located along the equator, there are parts of Ethiopia which receive rain and are evergreen throughout the year. However, most parts of Ethiopia experience heavy rains and cloudy skies mainly in the months of Hamele (July) and Nehassie (August).

September (Meskerem) marks the end of cloudy and intense rainy seasons and coming of clear skies and bright days. Blossoming yellow daisy flower covering landscapes coupled with bright days, September really feels like new. It is a back to school season too. Indeed, it is one of the most memorable parts of the year in Ethiopia. The first day of Meskerem (September) is the New Year and it is called Enkutatash – a name that captures the joy of the day and all the spending to make the day new – as it is.

Gena, Ethiopian Christmas, is both a cultural and religious holiday at the same time.

For the pious laity of Ethiopian Orthodox Tewahedo Church, Gena festivity is preceded by weeks of fasting and the holiday is known as “Lidet” ( or B’irhane Lidet) – literally means “birth” (Nativity).

Ethiopian Orthodox churches all over Ethiopia do have overnight ritual and liturgy celebrating the birth of Jesus Christ. However, the celebration in Lalibela is truly special and thrilling. Carved out of single stones, churches in Lalibela may just mean, for the rest of the world, architectural wonder which goes back to the 12th century. For followers of Ethiopian Orthodox Tewahdo Church, Lalibela represents special spiritual significance. Believers from all over the country make a pilgrimage to Lalibela to celebrate the holiday. In the course of the spiritual celebration, an exceptionally captivating ecclesiastical song of the holiday goes like ” Beza kulu alem yom tewolde” – meaning “The savior of the world is born today!” -makes one’s heart pound with joy. For Ethiopians, Lalibela is dubbed as “Jerusalem”

Obviously, the spirituality of it may not be vivid to thousands of tourists, from the world over, attracted to experience the event at Lalibela. However, the solemnity, originality, and nobility of the celebration surely captures the imagination- and is a treasure for people who admire different cultures.

Socially, Gena, just like other holidays, brings together not just families but also neighbors.Ethiopians, safe to say predominantly, used to be oblivion of the concept – extended family- which appears to be common in modern societies in the west. Also socially speaking, Gena is not strictly a Christian holiday in that even Ethiopian Muslims are part of the festivity as they visit homes of their Christian friends during the holiday, perhaps this too is something very peculiar to Ethiopia.

Similarly, Ethiopian Christmas ,Gena,used to be much less, if at all, about business transactions, shopping bonanza and gifts, and

more about a cultural observance along with friends and families. Main holiday purchase is related to holiday meal to be served for families and neighbors. Before Ethiopia was reduced to economically unliveable for millions due to a high cost of living related, ironically, to “double-digit economic growth,” many families in urban centers used to afford to purchase what they need (depending on their income) to serve holiday meals. Now that is increasingly becoming a thing of the past, for many.

As well, in the old days Gena used to be memorable for a game associated with the holiday. The game is more like field hockey –except that you have to imagine it without an iced ground. The song for the game gives the narrative that even dignitaries and nobilities, in the old days, are pleased with and encourage the game.

Would the Ethiopian Christmas tradition survive the ravage by “modernity” and economic war on the poor, the section of the population that seem to preserve identity and culture rather than the increasingly westernizing “middle class” and “elites,” is a question difficult to answer at this point.

One Response to "Cultural and religious features of Ethiopian Christmas"