Ethnic Federalism vs Nation of Individuality By Zeg Fanta

Introduction The Ethnic Federalism practiced in Ethiopia is non-consequential to Ethiopia’s past or present social or political evolutions. Considering the unending external attempts to control Ethiopia, logics guide us to the footprints of Ethiopia’s worst enemies who designed and prescribed Ethnic Federalism also known, rather negatively as ‘Kilil-Governance’ (የክልል አገዛዝ) for the purposes of controlling […] 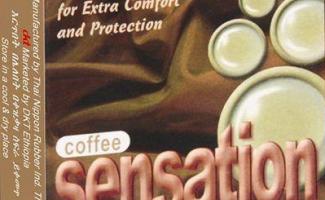 By JAMES JEFFREY (NYT) Addis Ababa, Ethiopia — I was confused the first time I saw a giant billboard in Addis Ababa advertising Members Only and stressing how “membership has its pleasures,” accompanied by a stark silhouette of a leggy female figure. It reminded me of advertisements in New York for so-called gentlemen’s clubs — […]

Colleges are full of it: Behind the three-decade scheme to raise tuition, bankrupt generations, and hypnotize the media

Tuition is up 1,200 percent in 30 years. Here’s why you’re unemployed, crushed by debt — and no one is helping (SALON)The price of a year at college has increased by more than 1,200 percent over the last 30 years, far outpacing any other price the government tracks: food, housing, cars, gasoline, TVs, you name […]

Cairo and Khartoum caught in the winds of the Ethiopian dam , By Yasser Al-Hussain

By Yasser Al-Hussain Egyptian-Sudanese relations have yet to address any of the major points that are being discussed between the two countries today and this is primarily due to the Grand Ethiopian Renaissance Dam. Sudan is greatly concerned that Egyptian officials believe that it is within the best interests of their country’s national security to […]