The International Crisis Group likes to maintain the fiction that it’s neutral!

I dedicated this article to Tom Hazeldine for writing an exceptionally outstanding paper: Complicity of the International Crisis Group.  .

“The organization [The International Crisis Group (ICG)] styles itself independent and non-partisan, but has consistently championed NATO’s wars to fulsome transatlantic praise. Kofi Annan spoke for the entire House when he lauded the ICG as ‘a global voice of conscience, and a genuine force for peace’. The credulous Western media also has moments of sycophancy. The FT praises the group’s ‘hard-nosed realism’, the BBC its ‘masterful’ and ‘essential’ research. The Washington Post likens its ‘excellent reports’ to investor credit ratings for conflict-prone states. Noting with admiration that ‘there is nothing cut-and-paste about the research’, the Guardian enthuses: ‘Long may it continue to thrive.” – Tom Hazeldine

Richard Atwood, Executive Vice President of the ICG, and Naz Modirzadeh, the ICG Board of Trustees member, have disclosed their complicity in advocating violence. They have also provided conclusive proof that the ICG’s mission statement is virtually ineffective. The unenforced mission statement tells: “The International Crisis Group is an independent organization working to prevent wars and shape policies that will build a more peaceful world”.

To explain, on the ICG’s Hold Your Fire Podcast S2 Episode 27: Can a “Humanitarian Truce” Help End Ethiopia’s Civil War? Atwood, the moderator, asked William Davison a question: “there is also a report that Tigrayan got some fresh weapons in right? – from 13:11 timestamp to 13:12 timestamp.

Davison answered the question: “Ah, Addis Ababa, the federal government [of Ethiopia], has access to the international arms market, right? Ah, but the Tigrayans still are very much constrained” – from 13:14 timestamp to 13:52 timestamp.

Atwood and Modirzadeh didn’t try to argue against Davison’s case that the TPLF should have access to the international arms markets as the Ethiopian government. Why didn’t they say something about his case?  Does silence mean consent?

Their muteness is absolutely consent. It also exposed the company’s vain slogan: “WHO WE ARE: Preventing War. Shaping. Peace”. Moreover, their silence uncovered the ICG’s empty rhetoric: “[our] mission is to save lives by preventing, mitigating and resolving deadly conflict”.

There on its website, the ICG graces itself as “working to prevent wars and shape policies that will build a more peaceful world”. Here on its own Podcast, the ICG leadership and Board of Trustees’ members debunk the ICG grace by making the case for bloodshed and advocating for the TPLF’s warlords to get access to the international arms market for their “fratricidal war on Ethiopian democracy”. It was driver of atrocity, Davison, who made the case for bloodshed. It was Harvard Law School’s, Modirzadeh, who didn’t try to argue against Davison’s case. She is Director of the Harvard Law School Program on International Law and Armed Conflict.

My analysis has provided concrete evidence and definitively proved Senait Senay, PhD caught Atwood, Modirzadeh and Davison red-handed discussing the carnage and break up of Ethiopia on the ICG’s Podcast. They made their case for arming the TPLF to promote carnage, to speed up Tigray’s secession and the breakup of Ethiopia, instead of promoting positive values such as nonviolence, unity and human rights.

And also my examination has presented solid evidence and convincingly proved that the silence of both Atwood and Modirzadeh about Davison’s case indicates their concurrence with it; that the TPLF should have access to the international arms markets. So that it can put up a good fight against the Ethiopian National Defense Force (ENDF). Furthermore, Atwood and Modirzadeh’s silence proves that the ICG likes to maintain the fiction that it’s neutral! 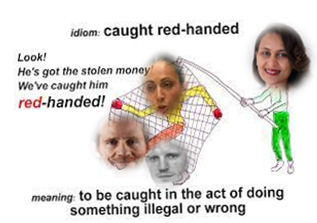 Polarization and partisanship are his formulas’ techniques to analyze Ethiopians’ current affairs. His fair-minded readers can easily discern his bias in favor of the TPLF. In his tweets and interviews, he behaves and acts as the TPLF’s activists and displays patterns of sabotaging and attacking Ethiopians’ unity and democracy. In short, his analyses of Ethiopians’ current affairs are partial to the TPLF’s ethnic-based politics although his analysis should be, among other things, unbiased, balanced and objective.

He has never offered an impartial analysis on Ethiopia’s current affairs such as: the TPLF’s rampant corruption, the TPLF’s criminality for over forty years, including: “abusing detainees by gang rape and sodomy; pulling prisoners’ genitals with pliers; making prisoners’ manhood impotent by hanging a water bottle on their penises; using insects such as fire ants and caterpillars as a means of torture; ripping off fingernails as a means of torture; executing detainees extrajudicially”.

To address his lack of journalistic professionalism and code of ethics, pro-Ethiopians’ democracy activists have tirelessly presented – to the ICG – their case against him, but to no avail. That helps explain why, in the last about three years, trust in the US-led West and the mainstream media drastically plummeted among people who are pro-Ethiopians’ democracy.

Worst yet, Davison’s mania for Ethiopia’s current affairs, in the interest of the TPLF, causes the ICG to be feared as if it is a gang that brings violence to a community. For example, I get terrified when I learn that the ICG and its hack writers defamed Ethiopians’ unity and their democracy because I know they’re capable of doing anything they wish against their target.

The ICG stabs humanity in the back

Until I have studied the complicity of the ICG causing genocide and havoc, I had disagreed with pro-Ethiopia’s democracy activists’ argument that the ICG is Ethiopians’ democracy enemy. I had differed from them because I have taken the ICG’s professed mission and strategic framework statements at face value. Particularly, I’ve never imagined its leadership and Board of Trustees, including Alexander Stubb, former PM of Finland would stab humanity, including Ethiopians in the back. 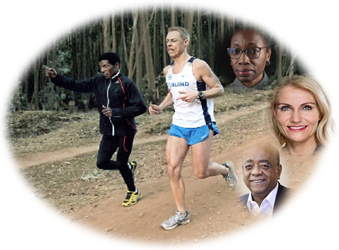 The analysis concludes that the ICG is imperialism’s right arm. So I encourage the Ethiopian government to never give a permit to the ICG’s current affairs analysts because: First, they are enablers of mass atrocities, prejudice against Ethiopia’s unity and democracy due to their complicity with the TPLF’s warlords to escalate genocide. Second, the ICG’s current affairs analysts lack neutrality. Lastly, the ICG isn’t driven by its mission and strategic framework statements.

“The most devious aspect of ICG’s policies is the silence for actions of its paymasters in the so-called Western International Community. They never offer any analysis on how the Western misguided support to the TPLF, amounting up to attempts for regime change in Addis Ababa, has significantly prolonged the conflict in Northern Ethiopia. If you leave significant parts of the analysis out, it becomes biased, and that in fact seems to be the purpose: to act as a pundit and talking head in the information space struggle for Western policy aims however misguided or wrong they ultimately might be, and are in the case of Ethiopia.”

The fight in the dog that wins

I challenge the ICG to disprove my claims, evidence and proof. I argue the ICG’s analysts aren’t bound by standards of practice and code of ethics. I established a solid case which I could use to call for dismissal of Atwood, Modirzadeh and Davison for violating the ICG’s mission and strategic framework statements. However, if I call for their removal from office, I will be the laughingstock of the ICG and a fair mind reader because the ICG isn’t driven by its mission and strategic framework statements.

I plan to stage my one-man Twitter protest against the ICG’s complicity in the slaughter, fratricidal war that the TPLF has instigated against the Afar, Amhara, Ethiopians unity and democracy. I hope my protest for Ethiopia against the ICG serves as a reminder of Tom Hazeldine’s argument: “the ICG styles itself as an independent, non-partisan and inclusive, but has consistently championed NATO’s wars to fulsome transatlantic praise”. I wish their fear of hearing Ethiopia’s unpleasant truths about Davison’s unprofessionalism and prejudice won’t motivate them to block me on their Twitter account.

Note: The ICG’s webpage says “William Davison joined Crisis Group in April 2019 as a senior current affairs Analyst for Ethiopia. The Ethiopian government on 21 November deported Davison. No formal reason was immediately given, but his expulsion doubtless relates to the serious conflict in Tigray and increasing sensitivity to non-official points of view.”

By the way, Ethiopia Insight tells Davison is its sole founder, a news website infamous for hate mongering and waging information warfare (disinformation, fake news propaganda etc. against the Horn of Africa, including Ethiopia. Ethiopia Foresight Ltd says he is its sole owner, a publishing and management consultancy, based in Cambridge, United Kingdom.

#NoMore to the ICG’s current affairs analysis of inferior quality

This article has exemplified collaboration, synergy (መደመር) and/or መናበብ because the piece had no chance to be born if Senait Senay, PhD hadn’t tweeted: “All you have to do is go to 13:14 minute on this podcast, to hear Davison say that there have been flights into Tigray at night, Antonovs with unknown cargoes. TPLF has been arming with the blessing of everyone!”

I must thank her for sharing the information and for keeping an eye on Ethiopians’ unity enemies such as the ICG which tirelessly works to encourage war and to balkanize our beloved country. If I hadn’t come across her tweet and read it, I wouldn’t have produced this protest write-up because I wouldn’t have had the information that the ICG leadership encourages carnage.

Years ago, I quit the mainstream media and think tanks because: First, they serve as auxiliaries of “lobbying operations in Washington, New York, Brussels and London”. Second, for lobbying firms’ objectives, they wage information warfare (disinformation, fake news etc.) against a sovereign state. For example, influenced by the TPLF’s lobbyist, Democratic Congressman Tom Malinowski proposes H.R.6600 – Ethiopia Stabilization, Peace, and Democracy Act. The bill aims to impose brutal sanctions against Ethiopia because its new democratically elected PM Abiy Ahmed’s government has refused to be the US-led West puppet government. Third, they set scenes for the West foreign military interventions by spreading, including false narratives for war crimes, genocide, weapons of mass distraction etc.

To Publish Article On borkena, please send submission to info@borkena.com for consideration.