TPLF – from ‘Despotic Decentralism’ to a ‘War Machine’ 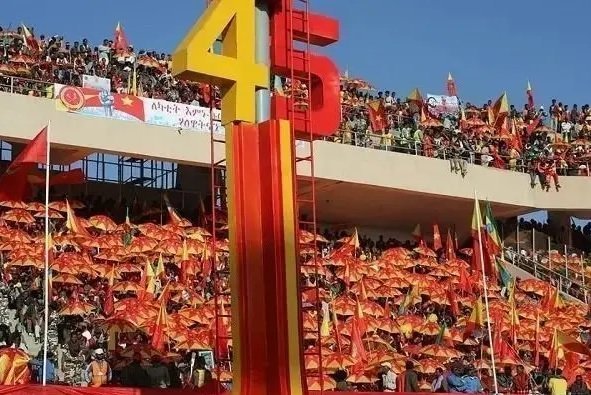 Sekoture Getachew, a TPLF tied politician, publicly justified the November 4th military attack against the Northern Command of the Ethiopian National Defense Force (ENDF) as ‘‘an anticipatory self-defense’’. He said, “we had to pre-emptively conduct the operation as a lightning strike against Northern Command.”  He officially admitted the Tigray Special Forces attacked the ENDF with the intent to ‘destabilize and demobilize’ the northern command. And yet, Ethiopians encounter this attack as an outrageous crime not only to the ENDF but also to all peoples, nations, and nationalities. On a blue moon and unexpectedly, the ENDF was betrayed by TPLF and its Special Forces, who massacre and abuse the army and loot the arm. In a media, an elderly man from southern Ethiopia questioned the morale fabric of TPLF actors. ‘‘How come? Did this army, who paid its life to protect Tigray from external aggression for more than 20 years, deserve such a reaction? They killed all of us, the military is not an Amhara, Oromo, or Somali… The military belongs to all of us … they waged a war against all of us.’’

Despite the existing political polarization, this heinous crime provoked Ethiopians to stand together behind the ENDF, and the ‘‘the law enforcement action’’ of the Federal Government. Perhaps, for someone, who follows the hostile relation between Addis and Mekele over the last two years, this attack might sound like pre-emptive self-defense or political gambling to have a military advantage. Nevertheless, Mai-Kadra displayed the very nature of TPLF and the way it responds to civilians, infrastructures, and religious institutions. And therefore, this opinion is a self-reflection that aims to reflect on the precarious road of TPLF from a ‘despotic decentralism’ to a ‘war machine’.

Mai-Kadra testified not only the TPLF crimes perpetrated against humanity but also its deep nature of using terror and fuelling ethnic-based violence. Witnesses for Amnesty International said: “We went to the town immediately after the army and the Amhara Special Force took control of Mai-Kadra town on 10th November around 10 am. The army entered … after encircling the town overnight. There was no exchange of fire for the army to take over the town. But when we entered the town, what we saw was devastating. The roads were strewn with dead bodies especially in the center of the town, and on the road that connects the town to Humera.” After deploying a team of human rights experts to Maikadra, on 24th November 2020, the Ethiopian Human Rights Commission made a rapid investigation report that purported mass killings of civilians and related human rights violations.  As per the report, ‘‘an informal Tigrayan youth group’’ called  “Samri”, ‘‘with the help of the local police and militia, moving from house to house and from street to street, began a cruel and atrocious rampage on people they pre-identified/profiled as Amharas and Wolkaits. They killed hundreds of people, beating them with batons/sticks, stabbing them with knives, machetes, and hatchets, and strangling them with ropes…’’

TPLF’s 27 years of authoritarian regime functioned ‘necropower’. As Achile Mbebe articulated, it established an ethnically defined sovereignty that is embedded in the power and the capacity to dictate in a domain of life including ‘who live and who die’. By invoking the discourse of multi-culturalism, it overstretched ethnic sovereignty, and practically, its necropower structured citizens and subjects, who matters and who does not, who is disposable and who is not… It institutionalized ethnically defined solid boundaries despite the complex socio-economic-political relations of nations and nationalities in the country and horn for more than 3 thousand years. Particularly, it targeted Amhara, who have been politically defined as ‘‘Neftegn’’ that refer to the old guards of the empire builders and over narrated the historical injustices perpetrated by the past regimes. Its elites bring in exogenous concepts of marginalization, and politicized historical incidences to fuel ethnically redefine the relation and competition between groups. They have been intentionally selective that failed to consider the complex dynamics of the country. The endless bloodshed and persecution of thousands of people in Oromia, Benishangual, Gambela, Somalia, SNNP, and now Tigray is the result of this necropolitics- racially defined sovereignty, classification of citizen and subjects, ethnic profiling and characterizations of who is disposable and who is not.

Its dogmatic revolutionary nature blindly categorizes not only groups but also opposition political actors who are defined as ‘enemy’ and faced political persecution. This permits TPLF to establish discursive authority by using human atrocities to condense its ‘‘enemy’’ block. For instance, while TPLF came to power, several human atrocities and causalities had happened including the 1992 incidences at Arsi, Bale, and Hararghe. Its documentary and persecution allege OLF as alone as the sole perpetrator of the crime, which served [1] as an instrument to buy out the Amhara’s support and [2] to purge out and prosecute the then contending OLF and its actors. In 2003, a similar massacre was made against Aynua people, and narration was used to divide and rule Aynua and Nuer people in Gambela. History has recorded the use of death as a way of terrorizing the public in June 2005 following an election dispute, and the same as the post-2015 political crises and youth massacres in Addis Ababa, Ambo, Bahirdar, Gonder, and Bishoftu. After displaying unprecedented but calculated death and atrocities, it terrorized the public; and with fear, it has been making political subjugation. In the Tigray region, the same is being made against its subjects – who have been baptized with its propaganda and subjugated to fear or lose trust against their sisters and brothers, mainly the people of Amhara.

TPLF claim to represent and embrace the multicultural cause of Ethiopian Nations and Nationalists, practically, its heinous structure of divide and rule resulted in “decentralized despotism’’. Mamdani used the concept of ‘decentralized despotism’ to explain “the regime of differentiation” or ‘‘institutional segregation’’ employed by British indirect rule that exploited African indigenous cultures and resulted in hegemonic domination. Despite its contextual inappropriateness, this conceptual explanation of ‘decentralized despotism’ expounds the TPLF impetus behind the moral, legal, and historical questions of ethnic group’s rights in Ethiopia, which is hegemonic political power and exploitation project. Despite the claim for ethnic federalism and decentralized power structure, the political party’s rule of ‘democratic centralism’ centralized the political practices. The 3 major coalition forces of EPRDF that represent Amhara, Oromo, and SNNP are very weak and the actor’s political dependant on TPLF. Many of their key political figures and members’ of the central committee are either recruited or assigned by TPLF or some of them are still fighting for TPLF including Sekoture Getachew. Chiefly, until 2018, TPLF and its actors controlled key economic, security, and military sectors and services. The prevalence of poor functional institutions consolidated the power of the central government structure- TPLF. With this hegemony, the party categorized and persecuted political actors who seek true federalism, autonomy, or balanced power share [mainly the Oromo people] as ‘narrow groups’. Whereas the Amhara opposition groups are defined and prosecuted as ‘chauvinists’, and others who are critical towards the ‘ethnic federalism’ are labeled as ‘former regime seekers’.  These ethnically institutionalized segregations enabled TPLF to organize power and fragment resistance. Accordingly, its business enterprises and key actors scrambled the available economic resources, dominate local business, investments, acquisition of land, access to bank loans, foreign currencies, control of key civil services, diplomatic missions, national, regional, and international positions. Therefore, the necropolitics of ethnic sovereignty is employed by TPLF to wage its decentralized despotism- structuring hegemonic power and extraction of the national economy and resources.

However, the post-2018 political reform, striped off TPLF and its actors from these limitless pleasures. Still, the reform is an unfinished project, but its claim for ‘game over’ for TPLF’s necropolitics, decentralized despotism, and extracting national economy. It initiated legal accountability against its corrupted officials, and human rights persecution perpetrated by its key actors. Investigation and diplomatic negotiation commenced retrieving foreign currencies looted from the country. Well, the reform process is not free from biases, and personal and institutional problems of the country, its leaders, and the newly reconfigured leading party – Prosperity Party. The complexity of socio-economic-political problems of the country, political culture, personal cults of the leaders, the presence of often competing and unaddressed political questions, and the like are some of the critical issues that negatively affect the political transition of post-2018 Ethiopia. However, the reform process is highly affected by the un-pragmatic political desire and chauvinism of TPLF. Its old guards, won’t accept reforms that bring in the change in its power discourse and full legal accountability. Even if some of its critics on selective prosecution hold water, the way it understands the scenario and responds to the reform and the leader has been outrageous.

With this, in the post-2018 scenario of Ethiopia, TPLF has been seen as a powermonger. They were sure about their discursive power structure in the country and region [1] that could lead them to power, [2] if not topple down the Prime Minister and replace with the radical ethnocentric groups, [3] or else destabilize the country and region. The Prime Minister of Ethiopia, on his explanation to the House of People’s Representatives on 30th November 2020, out these motives, TPLF ‘ organized and cooperated’  in 113 conflicts that happened in post-2018 Ethiopia. Among these 37 of them are in Oromia, 23 of them are in Amhara, 15 in Benishangual, 14 in Addis Ababa, 7 them in Gambela, 3 in Somali, 3 in Afar, 2 in Sidama, 2 in Harar and the remaining others are in SNNP. The report claims for and explains the networking and collaboration of TPLF with radical ethno-nationalists and destabilizing forces of the horn and country to instigate ethnic violence with arms smuggling and financing. Beyond any reasonable doubt, the report defines TPLF as a ‘war machine’ in Ethiopia and the Horn of Africa. Officially, on 29th November 20202, after the successful three weeks of ‘‘law enforcement action’’ by the Federal Government, this ‘war machine’ lost its base and end up what it had been – guerrilla fighters. With the end of this ‘war machine’ and emerging allies, I hope, the Ethiopian politics will evade itself from necropolitics and despotic decentralism.

Yidneckachew Ayele is Assistant Professor at Hawassa University, and currently a PhD student in international environments and development studies at Norwegian University of Life Sciences, Noragric