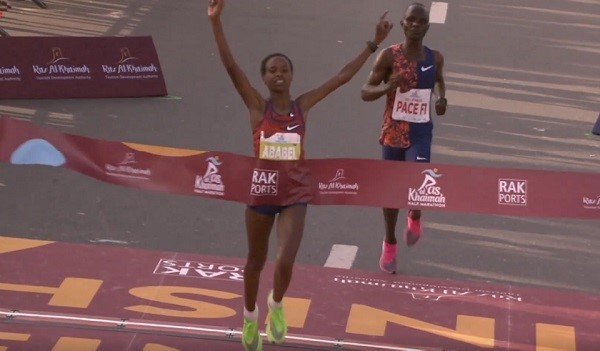 Ethiopian Athlete, Ababel Yeshaneh, breaks half marathon world record in the women’s category in Dubai. It took her 1:04:31 to cross the finishing line to win a world record time.

The previous world record in the category was set in 2017 in Valentia, Spain, when a Kenyan athlete, Joyciline Jepkosgei, clocked 1:04:51 to finish the distance.

“I didn’t imagine this result… I am a world record holder!” she told World Athletics as reported by Runners World.

Ethiopia’s Ababel Yeshaneh smashes the half marathon world record* to win the Ras Al Khaimah Half Marathon clocking 1:04:31.💥@Brigidkosgei_ was second in 1:04:49, also inside the previous world record.