Statement that SEPDM issued yesterday talks about creating a system that serves diversity with impartiality and a system that fosters Ethiopia’s unity. 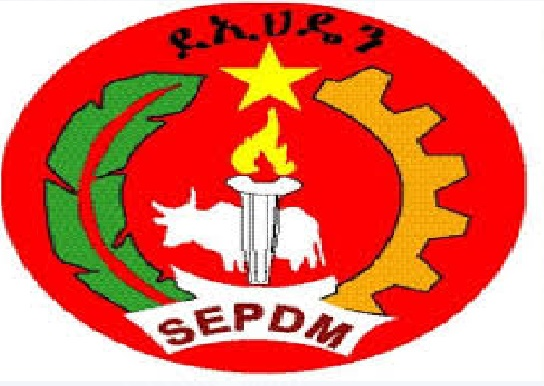 It has been meeting in Arba Minch city for days and has issued a statement on Tuesday February 16, 2019.

The purpose of the meeting was partly to evaluate performance on the implementation of party policies identified during the 10th congress of the party in September 2018, and partly to discuss existing situation in the country.

In the nine points statement, the party talks about the need to establish a system capable of serving diversity with impartiality, and a system capable of fostering Ethiopian Unity while calling the existing federal structure something that it will not compromise about “for it is a matter of survival,” in the wordings of the statement.

“Strengthening and ensuring continuity of the federal system is key and all time agenda of the central committee,” the statement underscored.

On the other hand, the statement placed emphasis on the importance of respecting Ethiopian citizenship and condemned attacks on citizens and destruction of properties both within the regional state that it is governing and elsewhere in Ethiopia.

In that regard, it went to the extent of demanding that those responsible for attacks of citizens and destruction of property should be held accountable.

The party also claimed that it is working on expanding political participation in the region and ensuring that citizens have the opportunity to hold and propagate their political views.

Rights of citizens to work in different parts of the country, ending displacement of citizens (including outside of the region) and equitable distribution of resources are also issues that the party is working on, according to the statement.

Regarding the questions of statehood (ethnic based ones) within the region, the party said that it “needs to be seen in light of objective reality in the country, in consideration of the rights of all people and continuity of the party.”

Following Sidama people, they constitute part of “Southern Ethiopian Nations, Nationalities and People’s region”, demand for statehood, a number of other language speaking groups in the region including Guraghe are demanding for statehood, and the party seem to have understood that continuity of the region would be in question if existing demands for statehood are honored.

On February 21, 2019, an estimated million ethnic Sidama staged a demonstration in Hawassa to push for referendum for the status of statehood.