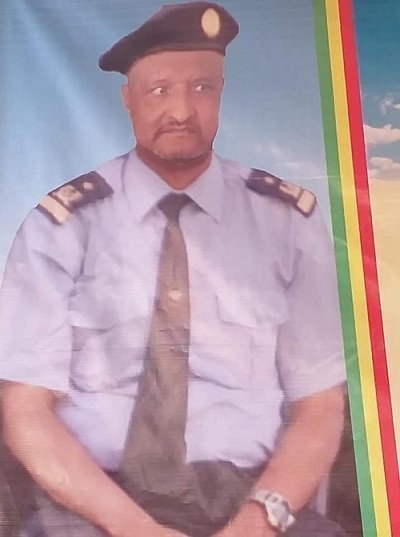 Colonel Tadesse Muluneh is laid to rest today at St. Mary Church in his birth place, Merawi, in what is now Amhara Regional state.

He was in India where he was receiving medical treatment and he reportedly passed away yesterday, according to a report by Amhara Mass Media Agency.

During Colonel Mengistu administration, he served as a fighter jet pilot and was reportedly awarded medal for bravery during the war with Somalia in the late 70’s.

After the fall of Mengistu’s government, he was exiled to Kenya and Uganda, and later joined Ethiopian Patriot’s Front – a resistance movement against Tigray People’s Liberation Front led government – and led it for years.

Then he moved to Eritrea where the rebel group he was leading was operating but was later reportedly arrested for about 8 years by the Eritrean government for a reason not known to-date.

He returned to Ethiopia following amnesty by Abiy Ahmed’s administration and he was given a hero’s welcome.

Tadesse Muluneh is survived by four daughters and two sons.