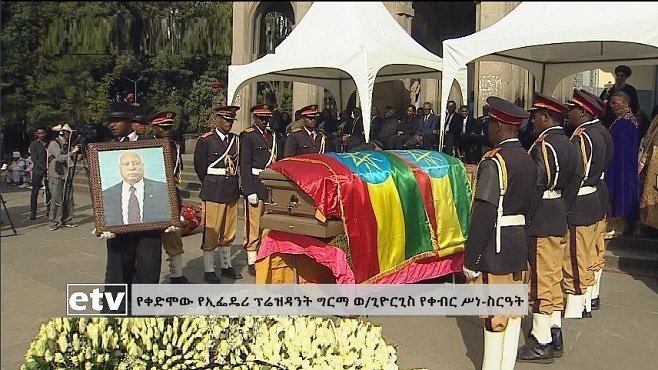 Before the funeral ceremony, there was public viewing and farewell organized at the Millennium Hall which was attended by members of the diplomatic community and Ethiopian government senior officials.

In a speech during the ceremony, President Sahlework said that president Girma served Ethiopia with loyalty and kindness, and expressed her grief. “His passing away is like a closure of a library,” she added to underscore that he was a well read person.

He was in the army in his early age. In 2001, he became president of the Federal Republic of Ethiopia and held the position until 2013 when he was replaced by Dr. Mulatu Teshome.

Yesterday, Ethiopian parliament declared a one day of national mourning and government flag was flying at half-mast across the country.