What pushed Yohannes Tesfaye, an Ethiopian Airlines pilot, to quit the job he loves only to resort to subsistence farming which is not even enough to feed a family in most cases in the context of Ethiopian situation?

On Wednesday October 1, Amhara Mass Media Agency (AMMA) aired an inspiring and outraging, at the same time, story of Yohannes Tesfaye, a pilot by profession who used to fly Ethiopian Airlines passenger Jet, who resorted to subsistence farming in the country side in North Western Ethiopia.

Inspiring because Yohannes decided not to live humiliating and foul labour relation environement within Ethiopian Airlines, now a leading airline in the continent of Africa with nearly 100 destinations the world over.

“Death is better than freedom like slavery,” said Yohannes in an interview with AMMA, in a way demonstrating that dignity and freedom were once a highly valued Ethiopian values.

“I have freedom.I feel freedom here,” he says referring to his life as a farmer in rural Dejen area (output of crop production for most farmers is meager at times not even enough to feed a family adequately).

What has outraged many Ethiopians who took the matter to social media platforms (twitter and facebook) is that the abuse was of ethnic-based nature as well, and that there had been similar abuses in the past.

Yohannes, who was born and raised in Dejen district of Gojjam (in what is now Amhara regional state), went to Mekelle University, Northern Ethiopia, where he graduated from in Electrical Engineering.

After graduation, he competed for joining Ethiopian Aviation Academy, which is known to be highly competitive, succeeded in joining and successfully completed training both in the country and overseas.

He was then hired, he told AMMA, by Ethiopian Airlines. First, heflew Dash 8- Q-400 where for more than a year. Then, he was promoted to Boeing 767 and Boeing 757, flight operation vice-president of Ethiopian Airlines, Capitan Yohannes Hailemariam, admitted it today in a video message which was meant to be a public relation stunt to make a point that Yohannes Tesfaye was not wronged at Ethiopian Airlines. The airlines made it sound like Yohannes has a performance issue.

Yohannes Tesfaye says that he has already 1200 hours of international flight before he decided to quit from Ethiopian Airlines owing to ethnic slur and humiliating working environment within Ethiopian Airlines.

His boss, whom he says has ethnic bias, used to tell him, says Yohannes, “Amhara is like an ashtray.”

The boss even vowed that he would ground him (Yohannes Tesfaye) for three months. Coupled with what Yohannes says was ceaseless insult, the situation compelled Yohannes, morally, to quit Ethiopian Airlines in pursuit of his freedom and resorted to lead life as a farmer.

Seemingly, there was no way for Yohannes to pursue employment with other airlines as his former employer could negatively influence that.

What is the reaction of Ethiopian Airlines to the allegation?

In a statement the airlines issued on its social media page yesterday, it condemned AMMA for airing the report claiming that “it will tarnish the image and reputation of the airlines.”

The statement added “The report by Amhara Mass Media Agency is far from truth. The media is expected to contact the airlines and provide the public with accurate information.”

Today, Ethiopian Airlines released a video message in what seem to be an effort to respond to the allegation. This time the airlines wanted to project Yohannes Tesfaye as a pilot with competence issue which makes little or no sense given the fact that Yohannes was promoted from flying Dash 8- Q-400 to Boeing 767 and Boeing 757, for international flight and has 1200 hours.

No question that Ethiopians take a great pride in the 73 years old Ethiopian Airlines which has achieved a remarkable commercial success.

However, it is not possible deny (not even desirable) that there have been repeated cases of abusive labour relation. What makes it worse is that the abuse is, in most cases, politically charged and discriminatory targeting only certain ethnic groups.

Yalewlet Fanta ( pictured left), also Ethiopian Airlines pilot, came out recently to tell a story, as published on Ethiopianobserver, that he was fired on grounds of being “security threat” following a political conversation sometime in 2016. He is cited as saying that he had a conversation with an in-flight security man (whom he identified as Getachew) in Dakar, Senegal,regarding the actions of Ethiopian security forces against civilians sometime in 2016 (there was widespread political protest against TPLF rule in that year). Up on a return trip to Ethiopia, he was told to report to Vice President of flight operations (Capital Yohannes Hailemariam). He was told that he is accused of being a “security risk” and can’t fly until the issue is settled, Yalewlet is cited by EthiopianObserver as saying. His passport and license is also confiscated, according to the report.

In February 2014, Co-pilot Hailemedhin Abera decided to divert Rome bound Ethiopian Airlines flight to Geneva, Switzerland, where he requested asylum. It was unveiled later that he did it as an exression of resistance to the repression in Ethiopian Airlines but the management dared to dismiss the action of the co-pilot as a “mental health issue.” 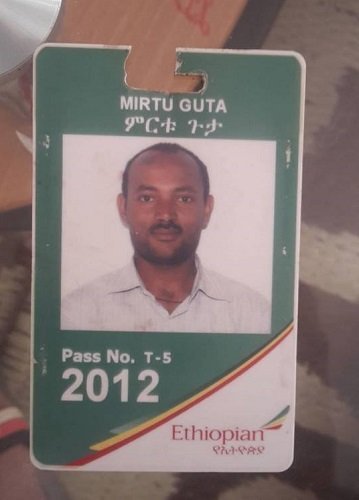 Due to the record of politicized, tense and abusive working environment, Ethiopians are of the view that perhaps there are many more unheard stories of abuses.

And there is a hope that Ethiopian government will investigate labour relation practices, among other things, as Ethiopians are demanding answer for outright discrimination allegedly targeting a certain ethnic groups.