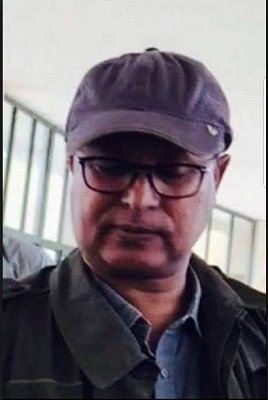 Tigray People’s Liberation Front (TPLF) has not been known to many Ethiopians as a party of change. But there was no, apparently, expectation among many that the party would re-elect former spy chief Getachew Assefa not just as one of the 9 executive committee of the party but also for the central committee membership.

As a member of TPLF’s Executive and Central Committee, the faceless, as many Ethiopians calls him, ardent TPLF spy chief was supposed to attend EPRDF 11th Congress in Hawassa, Southern Ethiopia. As it turns out, he was not seen any where near the Congress in Hawassa during the first day – according to Ethiopian Satellite Television (ESAT) report today.

Getachew is allegedly involved in numerous political killings and torture (many say that he ordered and oversaw it) for more than two decades.

He was terminated as head of Ethiopia’s intelligence department by Abiy Ahmed administration after his ethnic Tigray People’s Liberation Front party lost much of the power it used to exercise in the Federal government which is belived to have been abused in all its forms for too long.

In August of this year, it was reported that Getachew stared to lead fugitive life in Sudan after an arrest warrant was issued in connection with human rights abuse.

From TPLF statement following conclusion of its congress in Mekelle some two days ago, it seems that he is in Mekelle. Yet, some still tend to think that he is not in the country and that TPLF is just playing a cover up game.

Ethiopian Broadcasting Corporation (EBC) has produced a documentary regarding tortures and inmate abuses at Maekelawi torture chamber, among others, during his tenure as head of spy chief.