Alemtsehay Wodajo and Tamagne Beyene return to Ethiopia after decades in exile in the United States. Alemtsehay is campaigning to erect statue for Empress Taitu’s in the capital Addis Ababa. Tamagne Beyene seeks to help government effort to unify Ethiopia

Notable Ethiopians who were in exile for nearly three decades have been returning home following prime minister Abiy Ahmed’s call for Ethiopians to do so.

Last month, Ethiopian Church 4th patriarch Abune Merkorios returned home, after nearly three decades, on board of the Ethiopian Airlines plane that was carrying the prime minister who completed US tour at the time

A few days ago, Alemtsehay Wodajo, talented Ethiopian actress, playwright and poet returned home to after 27 good years in exile in the United States.

The warm reception ceremony organized for her at National Theater, where she served for a good portion of her age, was marked with joyful tears for many of her fans, and for herself. Popular public Songs she wrote and composed were sang.

In exile, she founded Taitu Cultural and Educational Entertainment Center which has been prominent among Ethiopians in the Diaspora for organizing comedy nights, theater tour in cities where Ethiopians live in north America and Europe, poetry night and book signings, among other things.

The center is named after Empress Taitu, wife of emperor Menelik II of Ethiopia, who is known in Ethiopian history as a pious Christian and courageous women who played a decisive role in Ethiopia’s victory over invading Italian army at the historic Battle of Adwa.

Alemtesay is campaigning to erect a statue for Empress Tayitu to honor the role of Ethiopian Women in history, an effort that seem to be facing a bump as radical oromo-Ethno nationalists, who are increasingly overshadowing the efforts of prime minister Abiy Ahmed, who is himself an Oromo, to unite the country, as they seek to impose their own politically charges narrative of history on the rest of Ethiopia. This week, Addis Ababa City Administration whose Mayor is from Oromo People’s Democratic Organization (OPDO), reportedly rescinded letter he singed on permission for laying the foundation of the Statue for Empress Taitu in the capital Addis Ababa, city that empress Taitu founded.

Today, Tamagne Beyene, another prominent Ethiopian has returned to Ethiopia after 22 years in exile.
In the 1980’s, he started as a comedian in his home region of Gondar and was later hired by Ethiopia’s prestigious National Theater where he worked for years before he was compelled to leave his country due to repression by the late Meles Zenawi’s government. 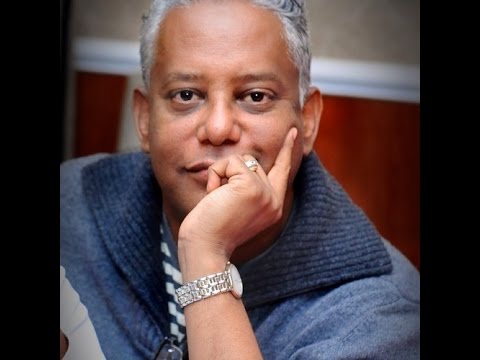 Tamagne started a talk show In the United States but he was drawn more to activism due to the situation in Ethiopia and has become a voice for the voiceless through out his time in exile.

He also founded Global Alliance for the rights of Ethiopians, a non-profit organization, to help support Ethiopians abused in the Middle East and beyond.

This morning tens of thousands of Ethiopians showed up at Bole International Airport to give him a hero’s welcome. Ethiopian Broadcasting Corporation reported that his fans started to show up at the airport as early as 6 a.m. local time.

Based on press conference he had, Tamagne seeks to support prime minister Abiy Ahmed’s effort to unite Ethiopians, and Tamagne was received by government minister up on arrival at Bole International Airport.