Amhara National Democratic Movement has played a crucial role of the change observed in the last four months in Ethiopia. Now the party intends to undertake purge within the party as it vows to foster the change and address demands in the region it governs 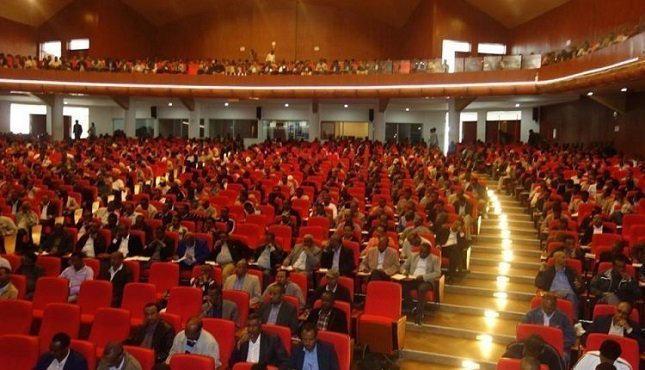 Amhara National Democratic Movement (ANDM) is holding a two days conference in Bahir Dar which is being attended by leaders of the party at all levels of the regional administrative structures.

In the meeting, the party will identify agenda for the 12th congress of the party due to take place in September of this year.

Migbaru Kebede is the party’s rural political organizing sector head and he says that the “ANDM will no longer look back and waste time,” according to a report by the regional government’s media, AMMA.

The main agenda of the ongoing two days consultative meeting of the party is the September congress which will, in turn, focus on getting the leadership it takes at all levels to defend popular reform and change in the country.

Noting existing challenges that could pose a threat to the reform including lawlessness and insecurity in some parts of the country, leaders of ANDM are preoccupied with the question of how best to support and defend the popular reform measures.

Consequently, the primary task of the 12th congress, according to the party officials, is filling in the regional administrative structure with leadership that is efficient and capable to foster the ongoing change in the country and concomitantly address demands of the public in the region.

Doing so will involve, the leaders have hinted, purge of inefficient leaders at various administrative levels and those elements in the structure who demonstrate sentiment to collaborate with forces interested in reversing the popular reform measures which is seen by many as the initial course of a popular revolution that emphasize the rights and freedoms of citizens and economic development of the country.

The party officials also made it clear they will avoid issues that could bring the party in a collision course with people in the region. They rather vow to address demands of the people in the region. And one of the key demands is the identity question of Wolkait a part of Gonder region which was forcefully incorporated to Tigray following TPLF’s overtake of power in Addis Ababa twenty-seven years ago.
Based on recent meeting with Bahir Dar University professors, Gedu Andargachew, the region’s president, was bold that the identity question of Wolkait is no longer a question that the leadership afford to avoid as it has become the demand of the entire people in the region and beyond, not just the demands of ethnic Amhara in Wolkait.

ANDM also seeks to amend the party’s code of conduct and regulation during the congress in September.

The party has a dim or even a dark past as it used to be a Trojan Horse for TPLF, a party that lost significant amount of its power at the Federal level as Ethiopian people demanded equitable distribution of power for which a relentless struggle was made for several years.

Now ANDM seem to be working hard to write a new history and it is getting a considerable political ground in the region and beyond.

The leaders of the party are now hailed as reformers along side prime minister Abiy Ahmed.