Tens of thousands of AG 7 will welcome leaders of Arbegnoch Ginbot 7 leaders at Addis Ababa Stadium as they return to the country for a peaceful struggle as per Abiy Ahmed’s call. 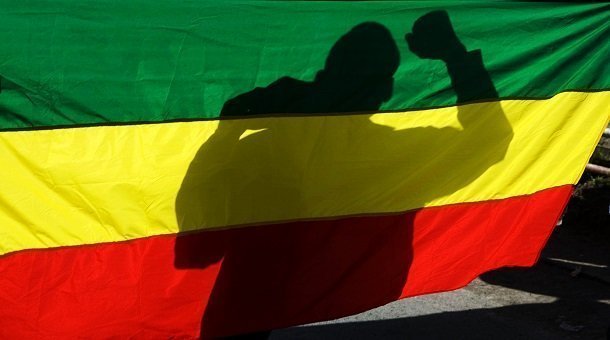 Despite all is not well in Ethiopia due to counter reform sabotages which is claiming the lives of citizens in many parts of the country, leaders of the Arbegnoch Ginbot 7 rebel movement, which was once labelled as a “terrorist Organization” by the Ethiopian parliament, are returning to Ethiopian within a matter of days.

The leaders met with prime minister Abiy Ahmed, in a closed meeting, when he visited the United States early this month, and it was reported that he convinced them to return to Ethiopia for a peaceful struggle.

Berhanu Nega, who was an economics professor at Bucknell university before he embarked on leading the rebel movement that aims to create a democratic Ethiopia on a full time basis as its chairman, Andargachew Tsige, secretary of the organization who was abducted in Yemen and handed over to the Government of Ethiopia in 2014 and remained on death row until he was released from prison by prime minister Abiy Ahmed’s government a few months ago, Ephrem Madebo, council member of the movement who is currently in Eritrea, are some of the leaders of the rebel movement that are traveling to Ethiopia perhaps early this week.

Berhanu Nega himself was sentenced to death in absentia and the movement he leads was put on terrorists list in Ethiopia until it was scrapped sometime last month.

A huge celebration rally is planned at Addis Ababa Stadium in the center of the capital, and it is expected to draw tens of thousands of supporters in the capital. Millennium Hall will host a meeting with party members and supporters. The dates are not yet disclosed and it is not clear why it is so.

Similar events will also take place in two important cities in Southern Ethiopia, Hawassa and Arba Minch, according to a report by US based Ethiopian Satellite Television (ESAT) which is believed to be close the rebel movement. Resort city of Bahir Dar and the glorious tourist city of Gondar in Western Ethiopia will also have their celebratory events.

The movement disclosed to ESAT that it will have many more events in other cities across Ethiopia. However, the security condition could be an issue given the experiences in the past few months. There has been a violence in Hawassa, southern Ethiopia, which claimed the lives of dozens of civilians and displaced thousands from the near by towns due to ethnic based attacks.

Dire Dawa, relatively a socially progressive and multicultural city where multiples of ethnic groups live in harmony, saw a disaster like situation this week due to ethnic based violence as loyal followers of Somali region president launched an orchestrated attack against other ethnic groups. At least nine were killed this week and four of them are children from the same family. Ethiopian government had to deploy the defense force in the region and put the city under Command Post, a structure that was put in place during state of emergency in Ethiopia.

There are view that leaders of the movement returning to Ethiopia could become targets of counter-reform forces who still seem to wield power to disrupt peace in different parts of the country.

The leaders told reporters recently that they are aware of the risks but they are determined to return and help fight counter-reform forces.

Arbegnoch Ginbot 7, a multi-ethnic and nationalist organization, is expected to have strong support base in major urban centers including in the capital Addis Ababa and its support base mostly constitutes young people. The movement is becoming an option for those Ethiopians who have distaste to ethnic based politics that is ravaging the country, compromising peace and security, and even threatening the very existence of Ethiopia.

Yet, there are other pan Ethiopian opposition parties, like All Ethiopian Unity Party (AEUP) who could challenge the movement if peaceful election and credible elections become a reality in Ethiopia.