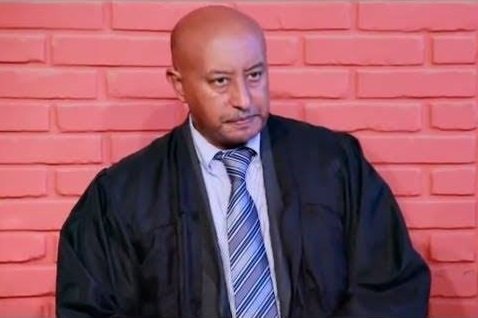 He has served his country for the last 42 years in and acted in a number of theaters. Othello, Oedipus king, Hamlet, King Armah, Eve of the Wedding, Abugida Keiso and Bale Kaba Bale Daba are some of the plays he acted in.

Tewodros, a theater telling the story of Ethiopia’s selfless and brave emperor in the 19th century who committed suicide rather than surrender to British expeditionary force, is the most popular theater that made Fekadu Teklemariam even more popular.

He has also acted in numerous television series like Gemena and Baleguday.

He was in the news for a few weeks following his ailment related to kidney case. Ethiopian artists and his fans were raising fund to help finance his medication. He then donated a portion of the collected fund to a younger patient who was suffering from the same case and decided to follow treat his ailment with a spiritual healing in the tradition of Ethiopian Church.

He was born and raised in Addis Ababa. He was 62.

His funeral is scheduled to take place at Kiddist Selassie Menbere Tsebaot in the capital Addis Ababa.

A farewell is also organized at the National Theater,where he served for more than four decades, earlier in the morning.